20th October 2018
At around 2pm, Calum Mckellar and I travelled to Wanstead Flats, a vast area of scrubland in Redbridge, east London. The previous day, a Rustic Bunting from Siberia had been found by a local birder, so we were on the lookout for this lost bird, with high hopes of twitching it. At the car park, We met David Walsh and James, another young naturalist, and we walked for a few minutes to a large bush, where a small crowd had gathered with their scopes. I briefly met Dante Shepherd (another young birder), and we set up our scopes around the bush. The cacophonous sound of camera shutters filled the air, as a small bird appeared from behind a log underneath the bush- the Bunting!

We got impressive views of it, and in the sunlight, it looked like a completely different bird. I don't know if any other birders noticed, but as well as the Bunting, there were superb views of London too. While the Bunting disappeared for a few minutes, large flocks of Parakeets flew over, causing much excitement. However, I wasn't, because they wake me up every morning (that's not to say I don't like them). When it reappeared for the last time in the sunlight, the Bunting looked like a completely different bird, showing its beautiful feathers, which were various shades of brown.

After a successful twitch, we headed back to the car park, where James' brother found a Stonechat- another lifer! 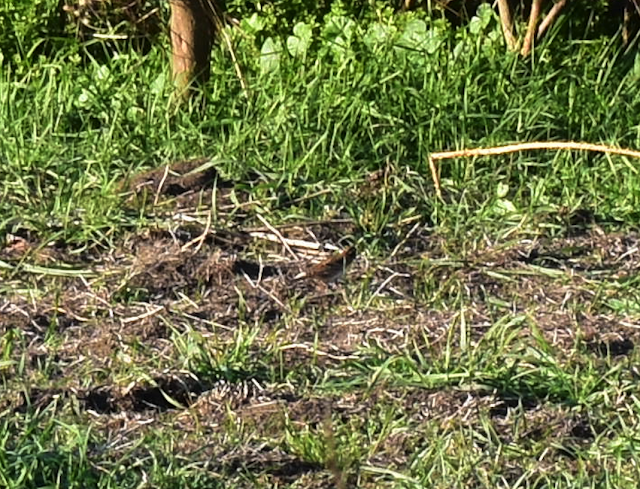 Record shot of the Bunting 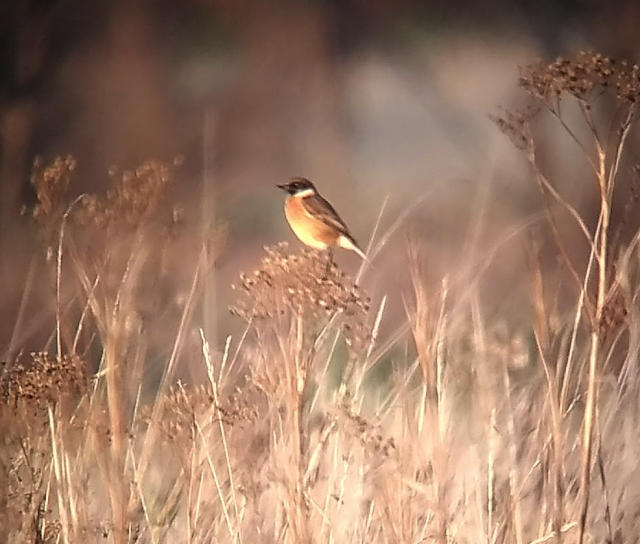 Stonechat in a field next to the car park 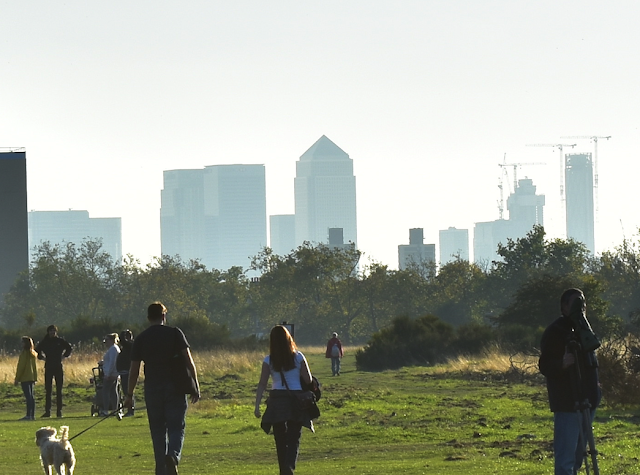 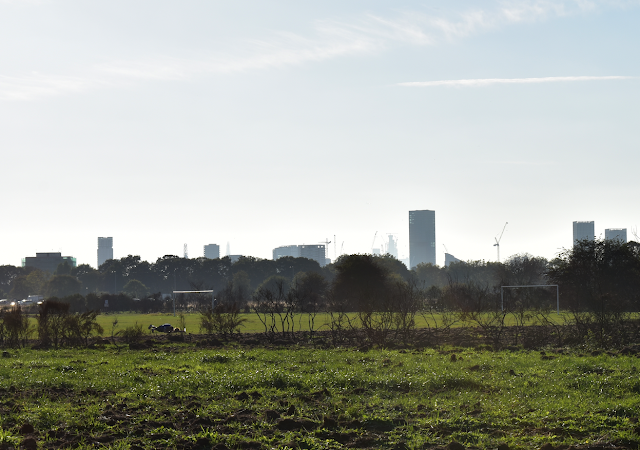 Residential towers in Newham, with central London in the distance

at 28 October No comments:

26th September 2018
The day before, I was checking Twitter, and saw an unbelievable tweet from an ecologist in Gravesend, Kent, reading: 'BELUGA in the Thames!' I got very excited, and on the next day, my mum, brother and I headed to Gravesend in the evening, to see the whale for ourselves. We parked outside a pub called the Ship and Lobster, and it was a twenty-minute walk along the riverfront to three barges, the area in which the Beluga was last seen in. There was a huge crowd, made of mostly birders (yes, birders also appreciate other animals), who were all very friendly.

Suddenly, a small, white head rose calmly out of the Thames, looked round, shot water out of its blowhole and swiftly disappeared beneath the surface. I could not believe what I had just seen- my first whale, let alone a whale in the Thames- a Beluga, hundreds of miles off course from its home in the Arctic. I hope 'Benny' is healthy, and somehow manages to travel back to his natural habitat. Here are a few record shots of this stunning mammal: 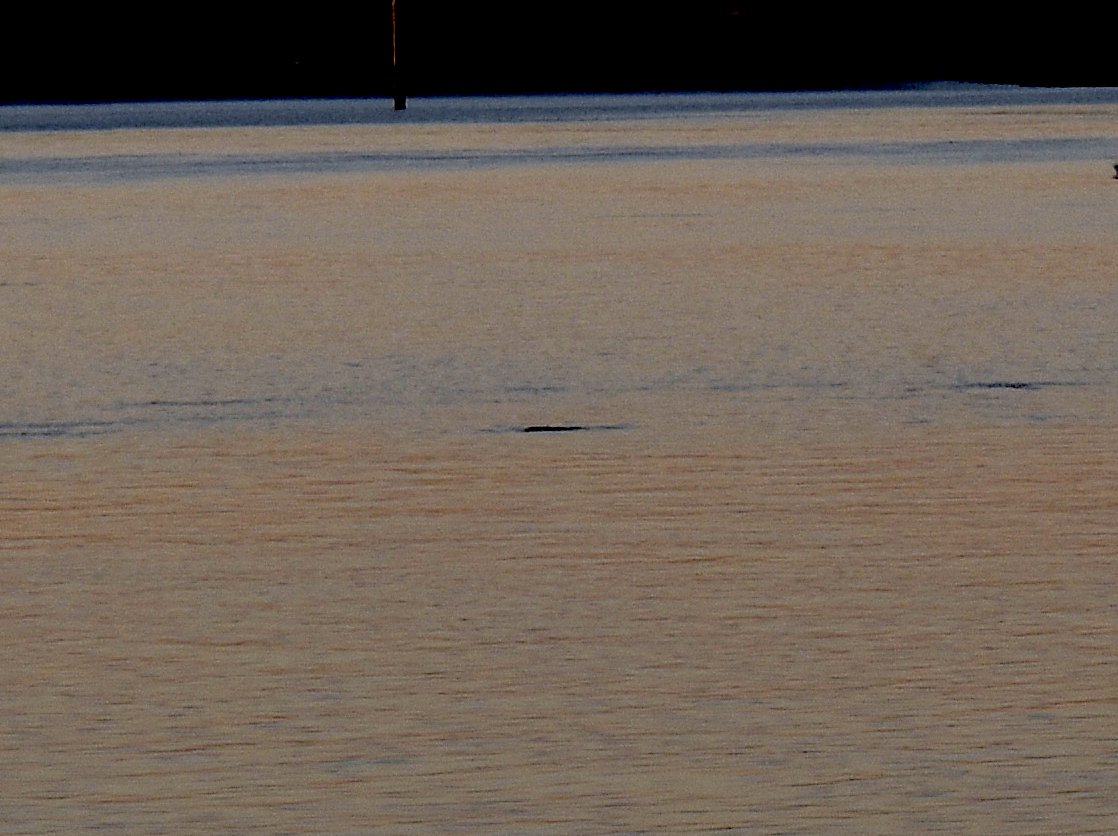 'Benny' in the sunset 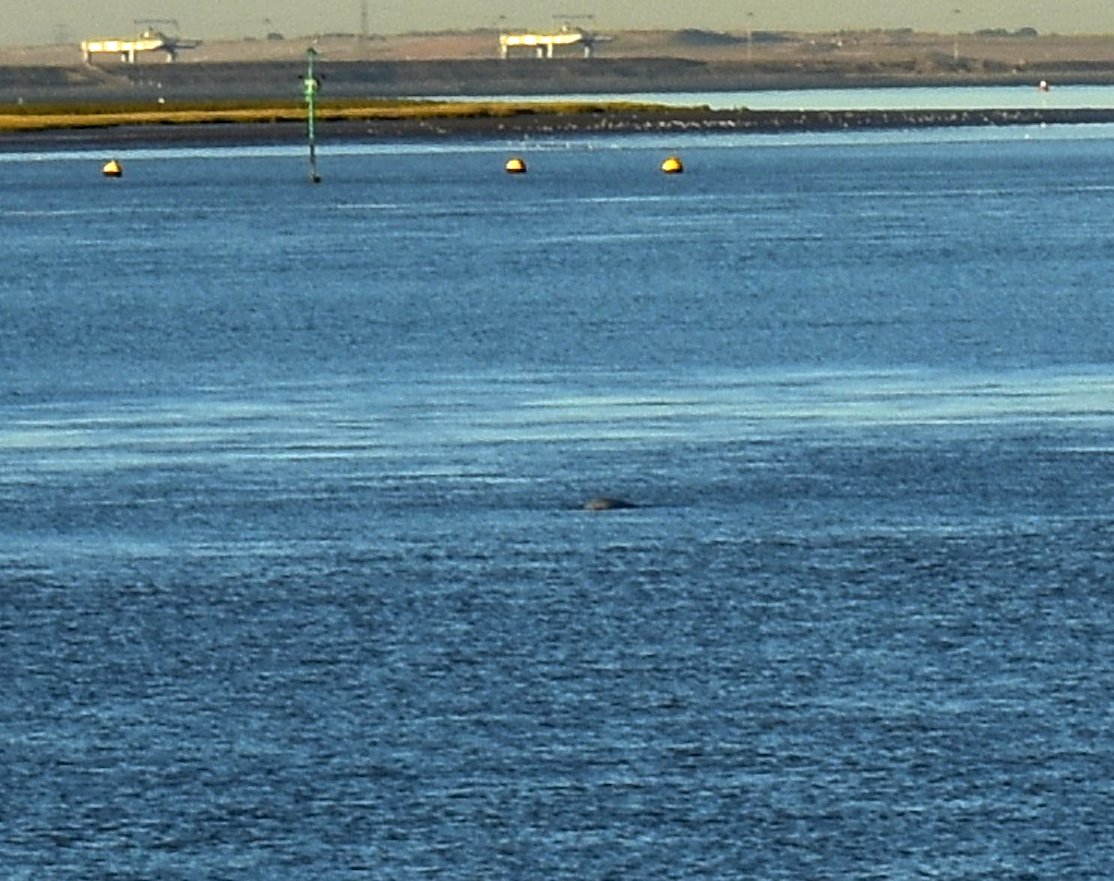