14th December 2018
My mum, dad, brother and I had arrived in Cley the previous night, and were staying in a little cottage. It was 5am, and I was heading off to RSPB Snettisham as usual. But this time it wasn't for the waders, but for the myriads of Pinkfeet that fly into Britain for the winter, from Scandinavian Countries such as Iceland. It was magical to see them in such vast numbers, flying to the nearby reservoirs at Snettisham to be fed. In one of the flocks my brother spotting an odd-looking goose, which turned out to be a Snow Goose! 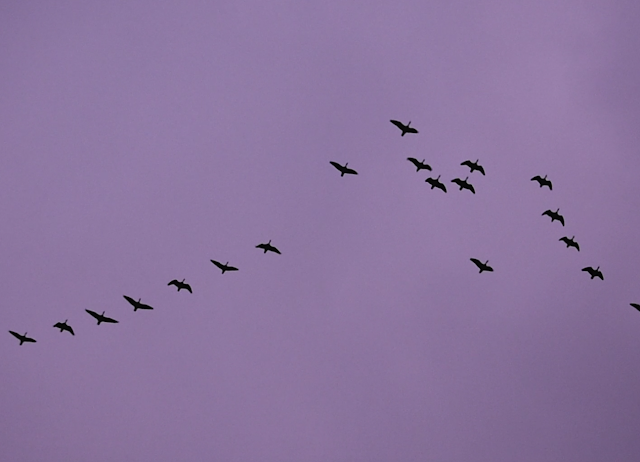 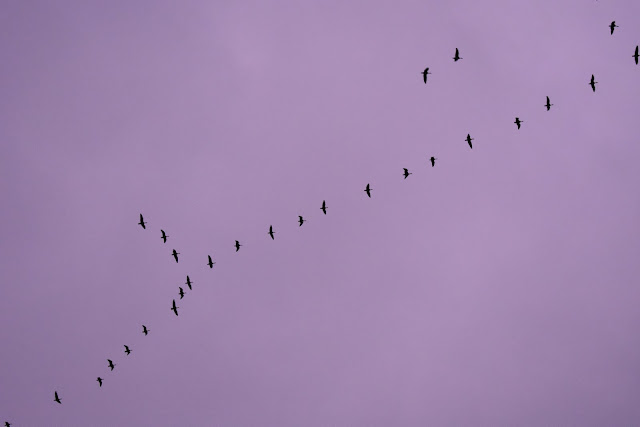 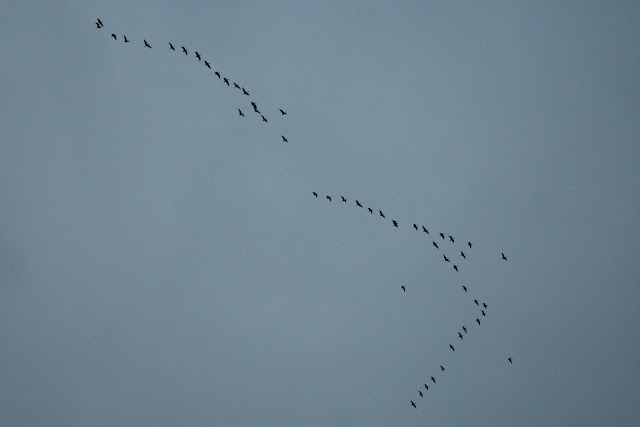 I then went to RSPB Titchwell Marsh, where after having breakfast in the cafe, walked hurriedly along the sea wall, desperate to seawatch. The main lake was unusually absent of its huge congregations of wildfowl, but fortunately there were plenty of waders. 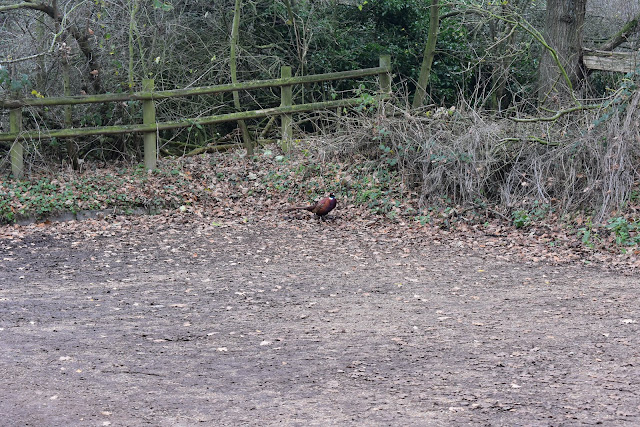 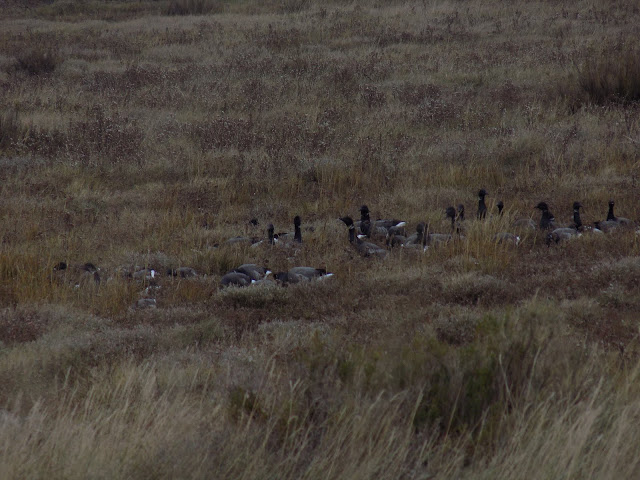 Brent Geese in Thornham Marsh, opposite the reserve 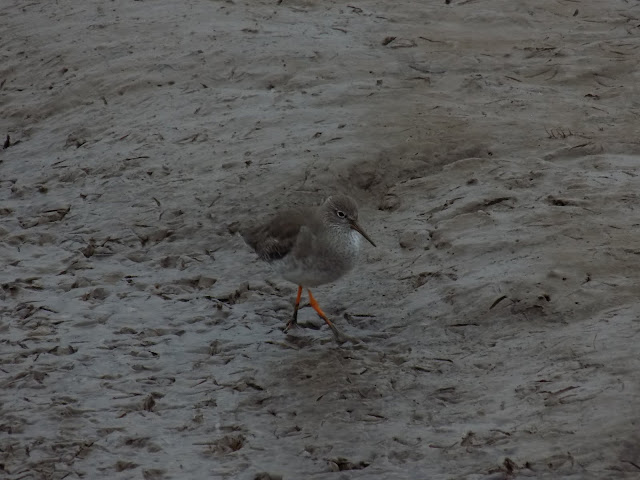 A Redshank on the mudflats 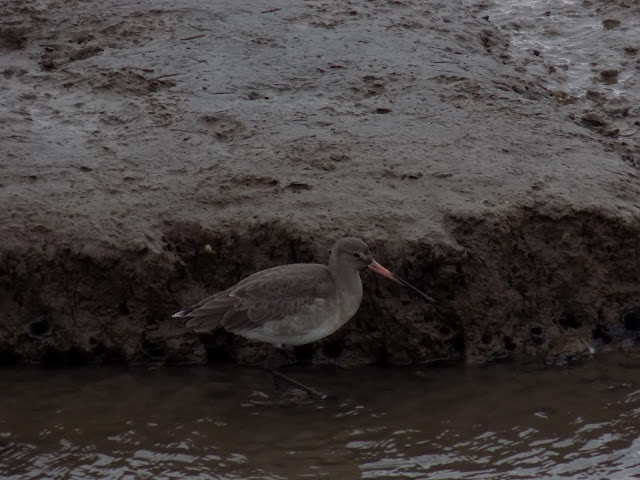 I seawatched from the beach at Titchwell, and there were quite a few Goldeneye, Golden Plover and Brent Geese, but I also saw three lifers: a Red-necked Grebe, male and female Red-breasted Merganser and a stunning male Eider! 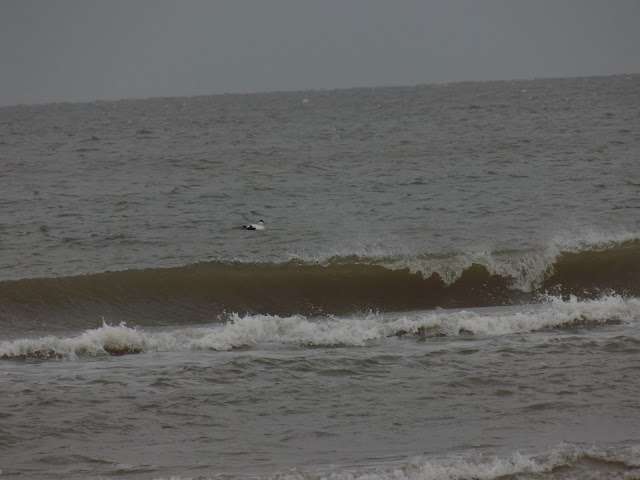 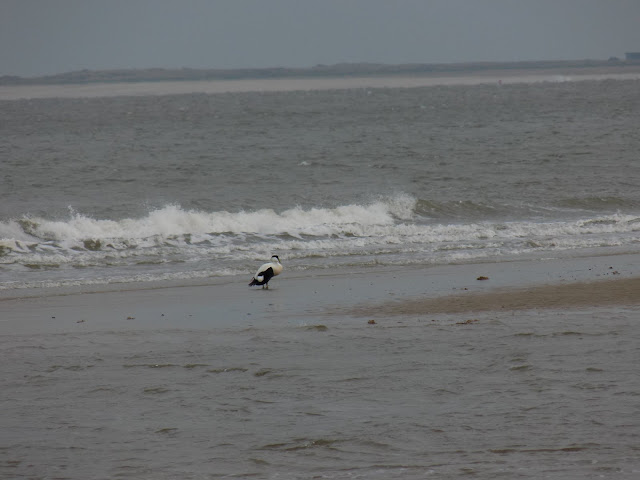 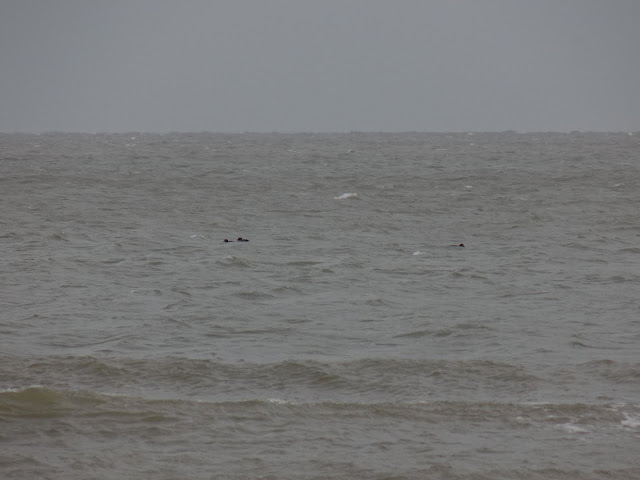 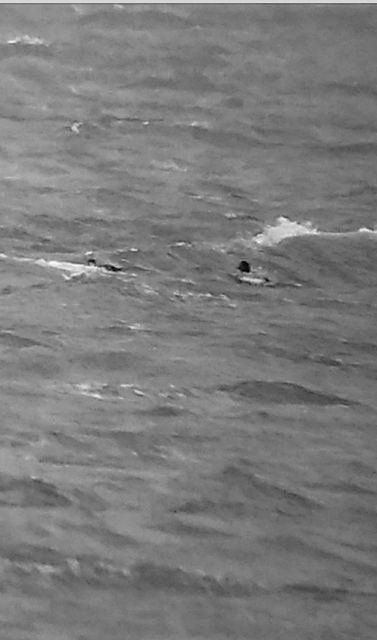 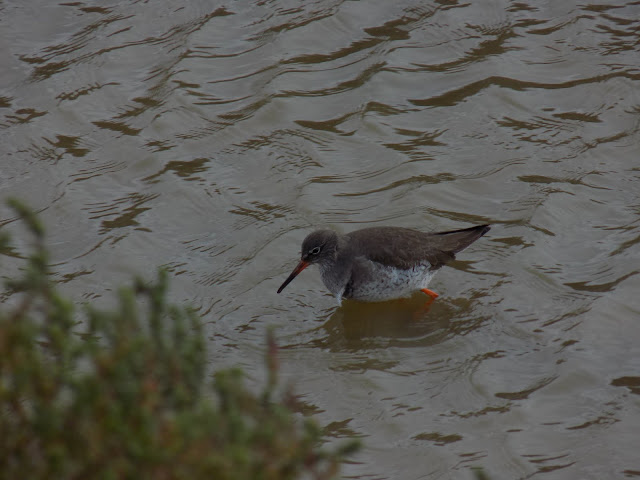 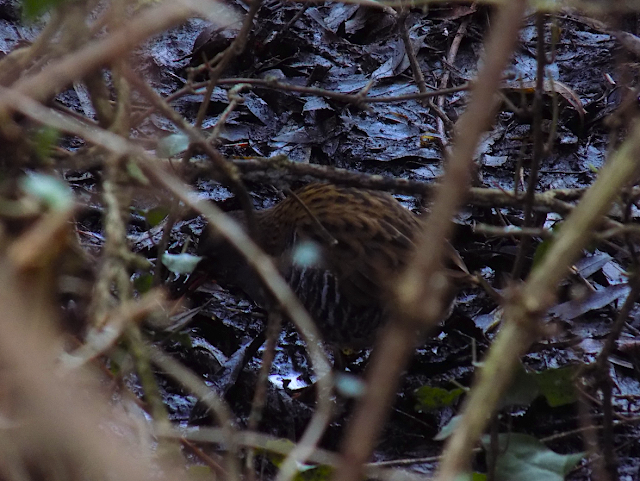 I briefly visited Holkham, where there were very few Pinkfeet and only a few Wigeon grazing. Then the wind blew my scope over and it started pouring with rain, so I couldn't do any more birding that day! 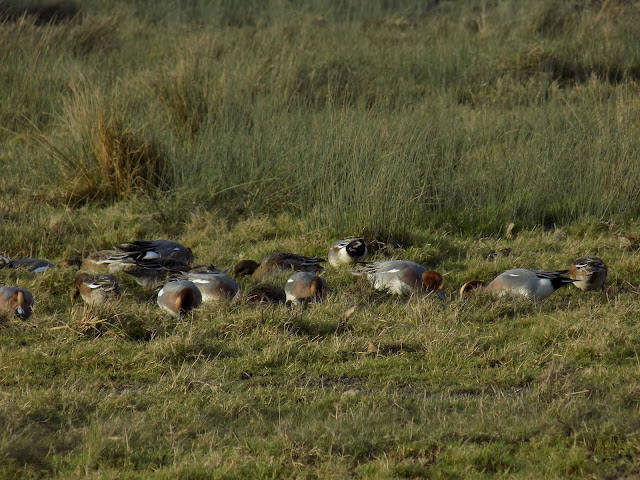 15th December 2018
Before heading back to London, I visited Cley Marshes, where on Cley Beach, I saw three Red-throated Divers (how many 'red-' species did I see??), plenty of Goldeneye and a lone Brent Goose. At the main reserve, I walked through the endless forests of reedbeds, and at the Bishop's Hide, there was ANOTHER WATER RAIL! 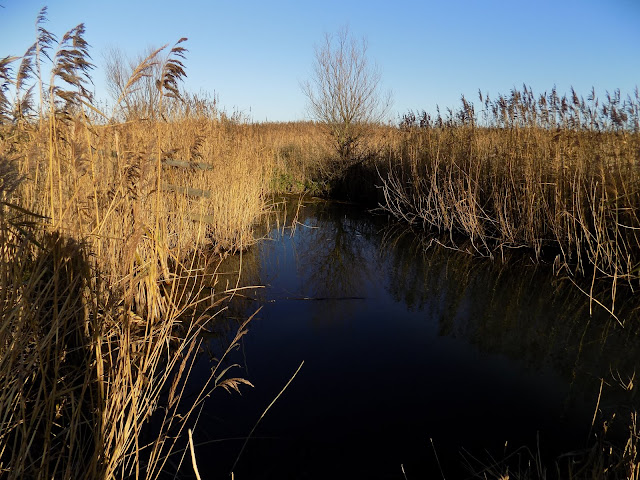 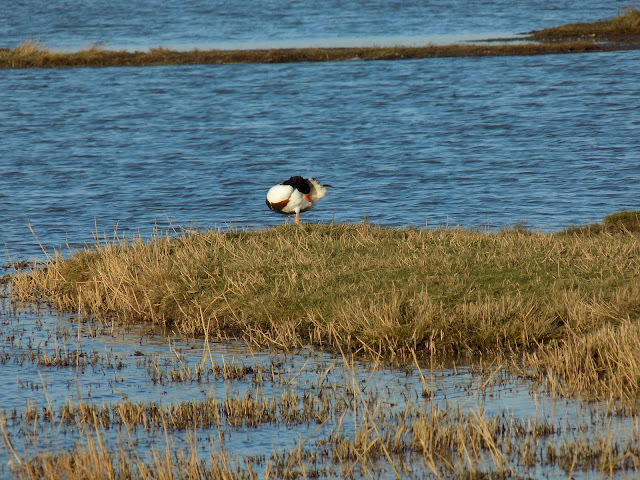 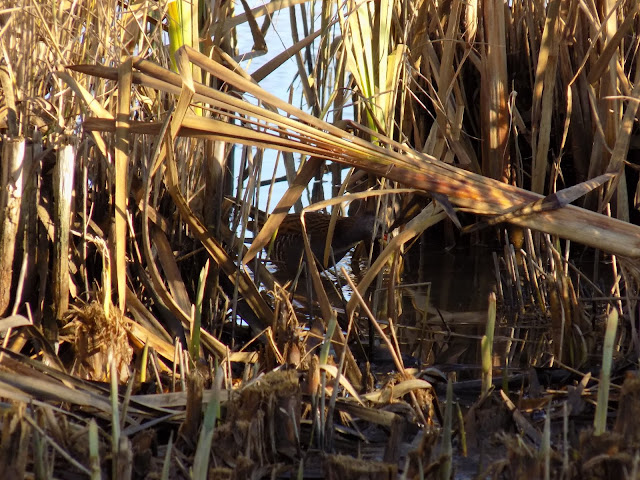 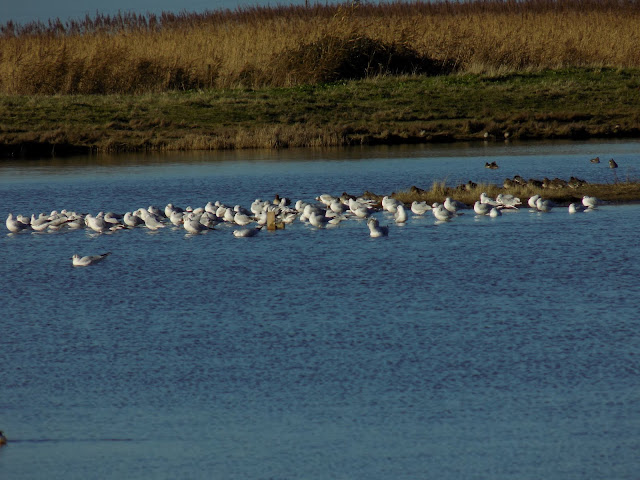 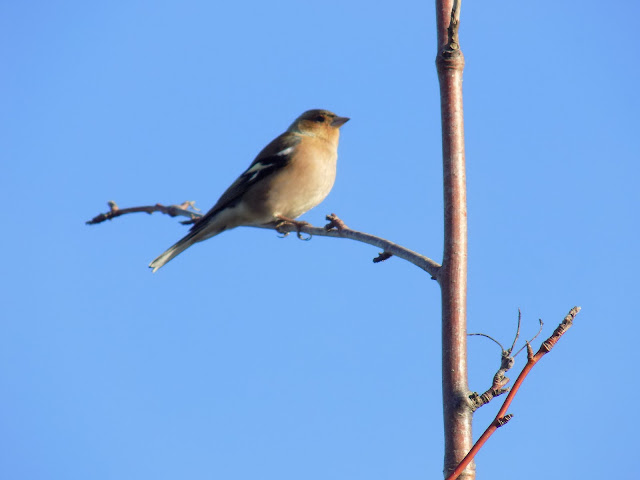 This has been an amazing trip, and I have found that seawtaching can be rewarding!

at 23 December No comments:

29th September 2018
Sorry about this late blog post- with so much else happening, I haven't been able to write about my patch!

On a Sunday afternoon, I visited Ruislip Woods with a local young birder, Alex Liddle, who I'd met a few times before, at Rainham Marshes, the People's Walk for Wildlife and at Spurn. We first walked through Poor's Field, an excellent spot for migrants, where in the past I'd seen Whitethroat. There were Blue Tits, a Robin and we heard a Blackcap and a Chiffchaff. In a small wooded area full of brambles, a Fox dashed past us.

We walked around the Lido, where Alex found some Grey Wagtails, and there were a few Herons, Pochard and the usual Tufted Ducks. We headed on a duckboard trail through Park Wood, and out of the reserve itself, where Alex showed me an area where Siskins often congregate each year, called King's College Playing Fields, which has since become part of my patch. A Blackcap zipped through the bushes, and we saw many Goldcrests, the most I've seen on patch. 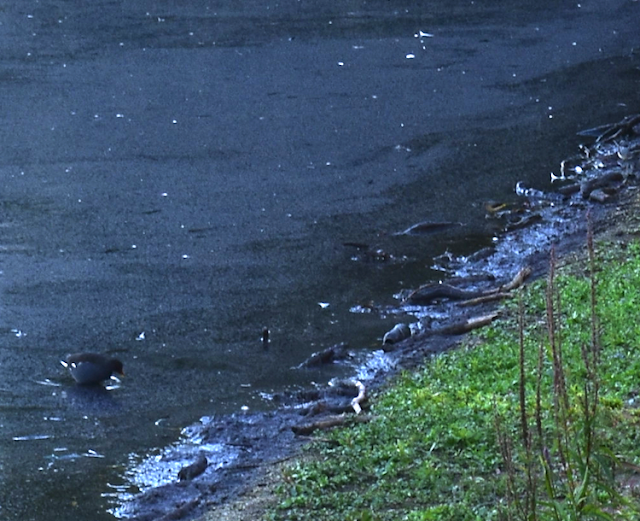 We walked down the same route, watching hundreds of ducks, Mute Swans, Little Egrets and Herons coming into the Lido, close to dusk. Alex found petty much all the warblers and Goldcrests by their calls, something I really need to improve on! Hopefully I'll visit my new area of the patch more often, and find Siskins. 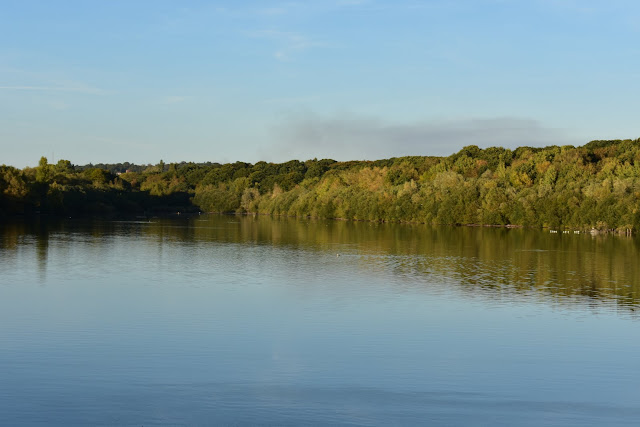 The Lido close to dusk
at 02 December No comments: