16th August 2019
It was a three-hour drive for my mum and I to get to Britain's smallest county, Rutland, for my second Birdfair. This is a festival which brings birders and nature enthusiasts from all around the globe together, for three days. I was very excited to meet so many faces and meet new ones too, over this fantastic weekend.

For the most part of Friday I was meeting so many people! I met David Walsh at the Limosa stand, as well the other Cameron Bespolka ambassadors and trustees, including Corinne Bespolka, Amy Hall, Elliot Monteith and Toby Carter, and young naturalists James Miller and Samuel Levy. Next, I headed to the BTO stand, where it was great to see Nick Moran, Faye Fogely, Andy Clements and Jenny Gill again. The new president of the BTO, BBC Security Correspondent Frank Gardner, gave an interesting talk on his passion for birds, especially in the Middle East, and I was very privileged to meet him as well.

I then visited a few stalls, seeking to build up my collection of pin badges, and bumped into Stephen Moss, Mike Dilger and David Lindo! It was raining heavily outside, so I didn't go birding out on Rutland Water. The rain had turned the ground into thick, oozing mud, which was something everyone had to put up with for the whole weekend!

In the evening, we listened to a panel answering questions on the state of nature in Britain. However, the rain did not stop, and my mum was afraid that the car could get stuck in the thick mud. We ran back to the car, and, with some difficulty, eventually returned to the small annex we were staying at in Oakham. 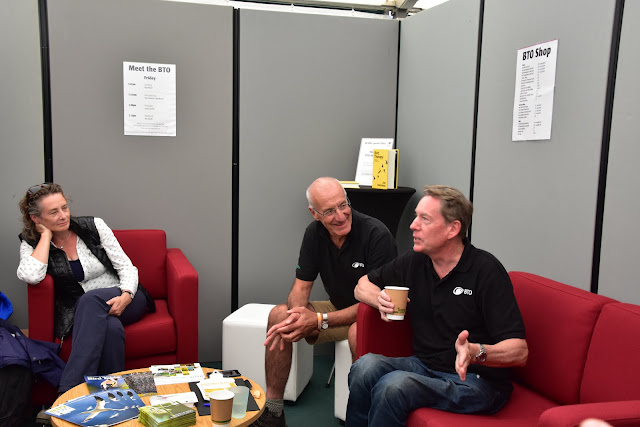 Frank Gardner giving a talk at the BTO stand

17th August 2019
From 10am to 11am I volunteered at the OSME stand, explaining to visitors about the work of OSME around the Middle East, the Caucasus and Central Asia: this included a new app, functioning as a digital guide of Birds of the Middle East. For the rest of the morning I visited a few stands, and from 12pm to 2pm I went on Toby's annual Young Birders' walk, where it was great to catch up with friends. The highlights were Ruddy Shelduck, Black Tern, Great White Egret and of course, the famous Rutland Ospreys! 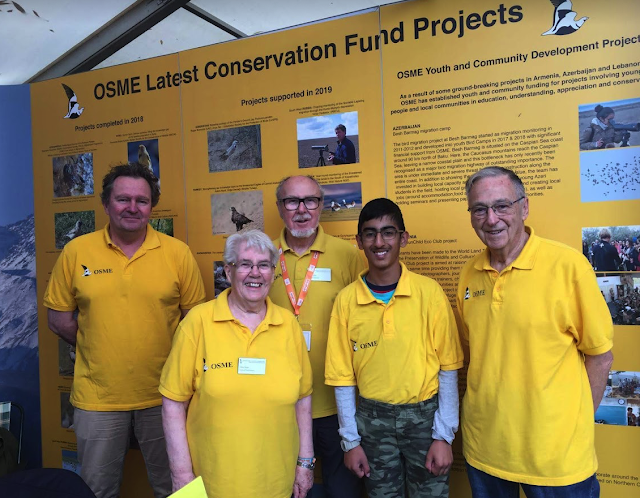 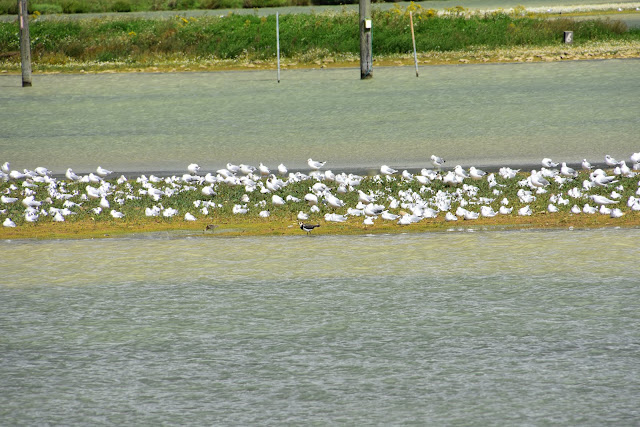 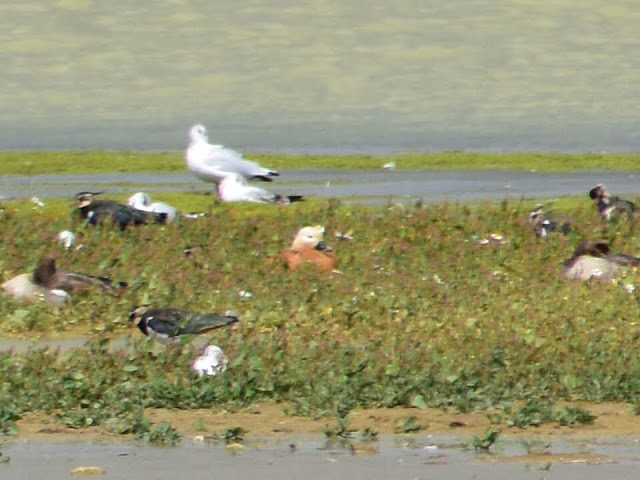 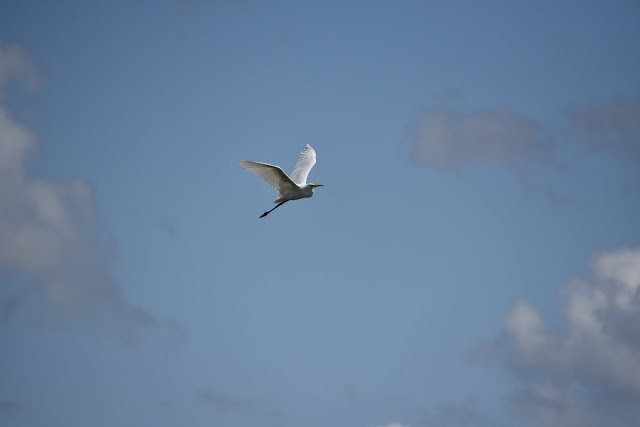 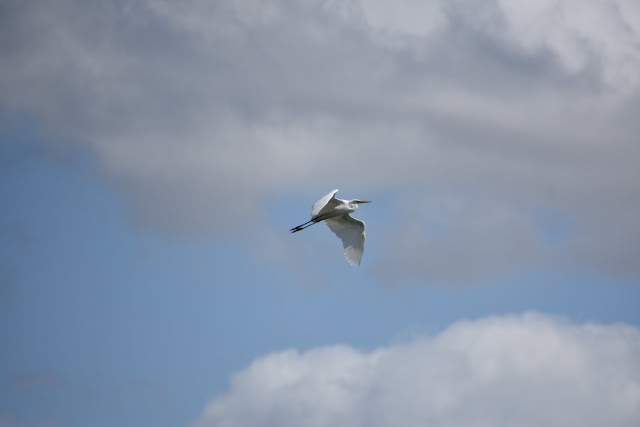 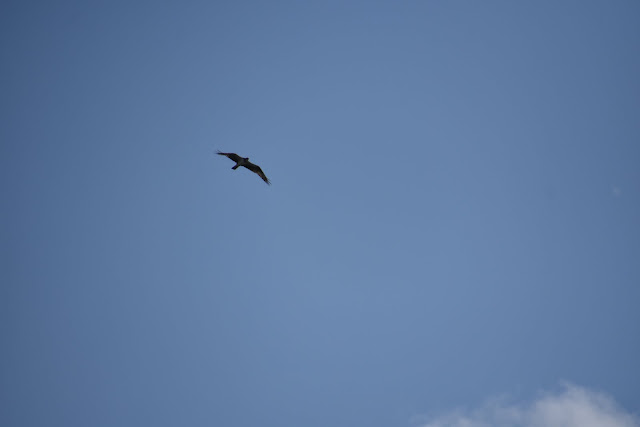 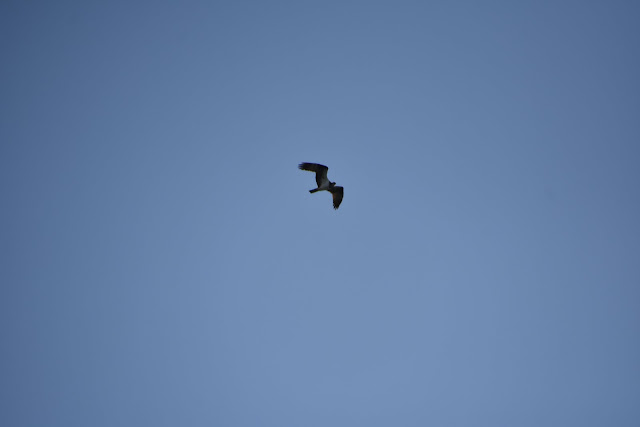 
Elliot and I left early, to attend a mini reception at the OSME stand, announcing their Youth Development Fund. This will be used to educate young people across the Middle East to enjoy and engage with the natural world. It was wonderful to talk to Tomas Haraldsson there, whose brainchild was the Fund, and is OSME's new Youth Development Officer. Two hours later, after visiting some more stalls, I went to the RSPB Careers Clinic, where I got helpful advice on careers in conservation, from experts from the RSPB and the BTO.

The day ended with a photo by A Focus On Nature (AFON) of all the young people attending Birdfair. What a brilliant day! 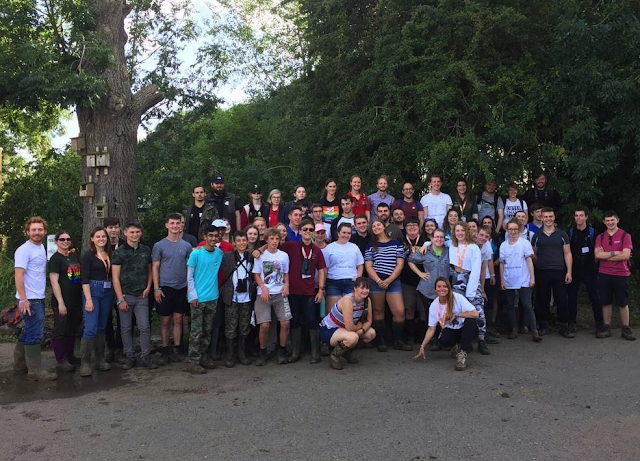 18th August 2019
The final day of Birdfair was spent doing an exciting talk with the Cameron Bespolka Trust, alongside Amy Hall, Elliot Monteith, Alex Chapman and Michael Sinclair, and trustees Kieth Betton and Sarah Neish were there too. More than sixty people attended, and it was wonderful to be able to inform them about the many aspects of the Trust, and how they can be inspired to make a difference. It was amazing! Afterwards, we said our goodbyes, marking the end of another outstanding Birdfair. I can't wait for next year! 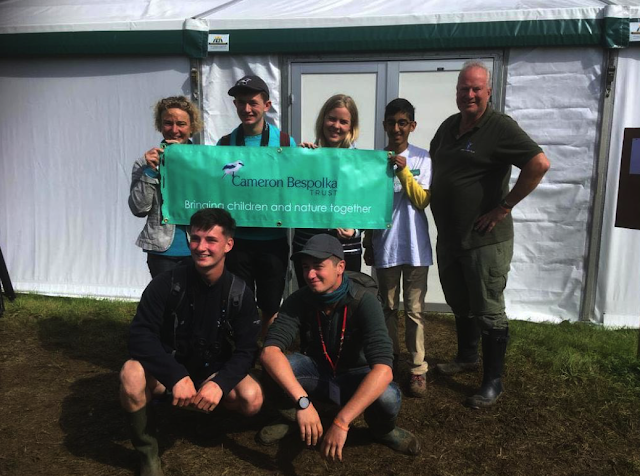 The Cameron Bespolka Trust ambassadors and trustees
at 28 August 3 comments: