25th February 2018
Today I visited my latest patch, Staines Reservoir, for the second time. The water was very choppy, so there weren't many birds about. I apologise if the photos weren't that great, because, due to the bright sunlight, I couldn't see anything on my camera! However, I did see some great birds, but I lost the release plate of my tripod too! (I can't use it anymore!) 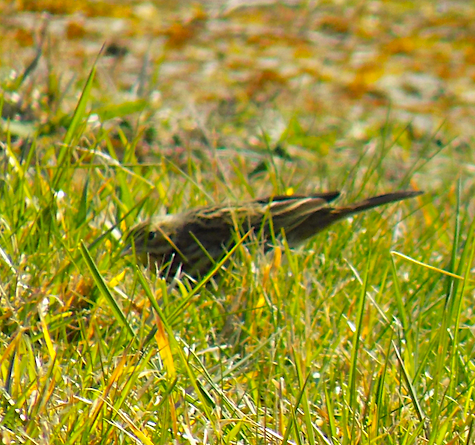 A Meadow Pipit hides in the grass 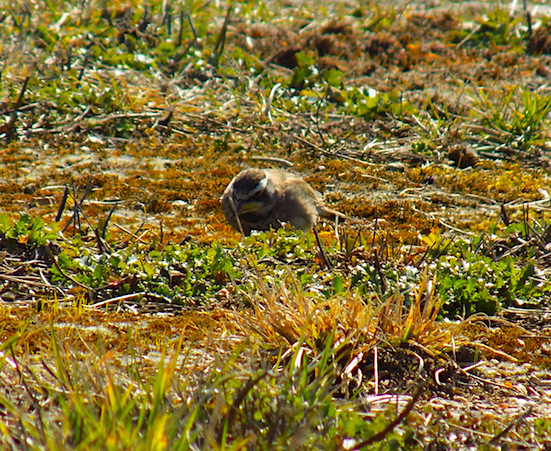 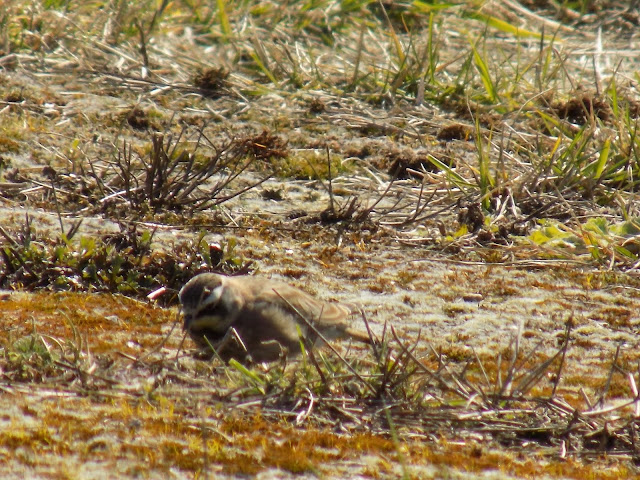 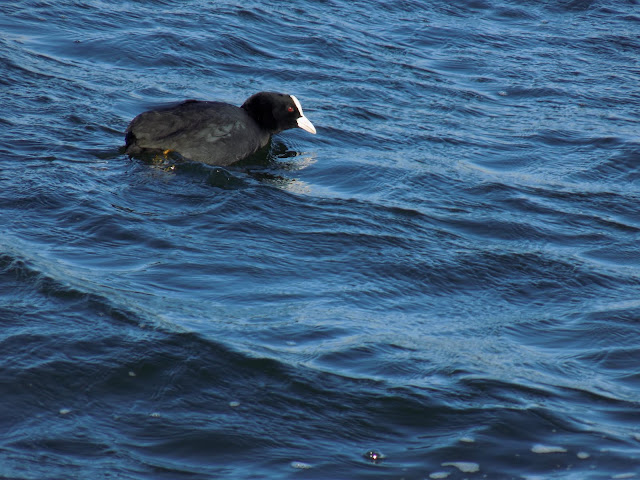 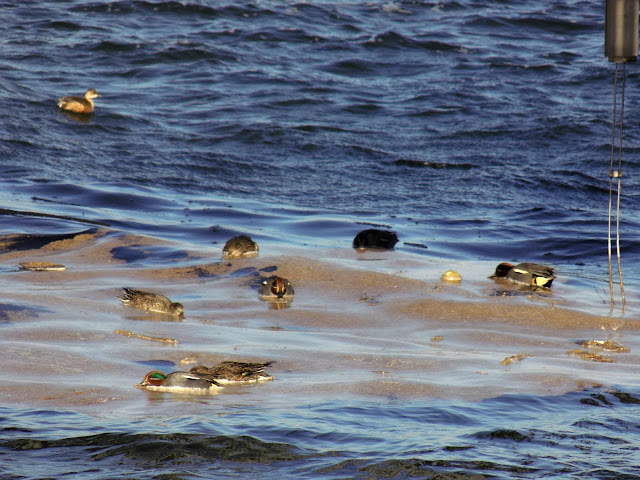 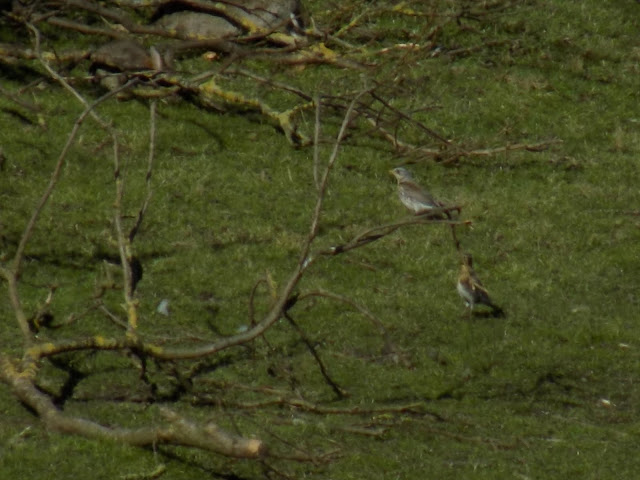 at 25 February No comments:

18th February 2018
Since November, I had wanted to go and see the American Horned Lark that had somehow ended up in Staines Reservoir, near Heathrow Airport (it will probably become my fourth patch). I figured out that the site was pretty local, and finally, today, my dream came true.

I ran, fuelled by determination, along the long causeway, to where a cluster of twitchers, armed with scopes and cameras were. One of them showed me a little bird with brown feathers and a yellow face- the unmistakable American Horned Lark. I stood there for about half an hour, taking pictures of the bird. Here are my best: 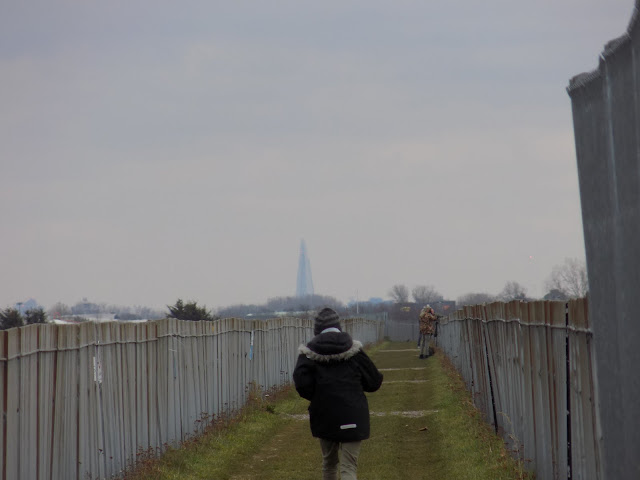 Me running to the twitch, with the Shard in the background. I was thinking so much about the Lark that I didn't see my favourite building! (copyright my brother) 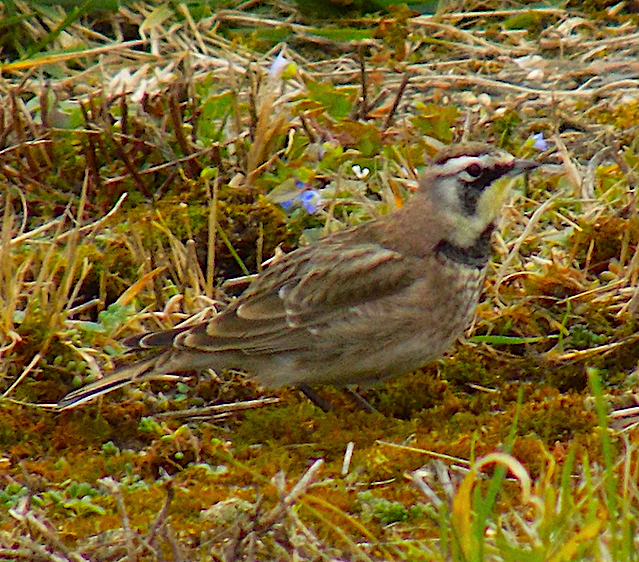 American Horned Lark- on the north side of the causeway 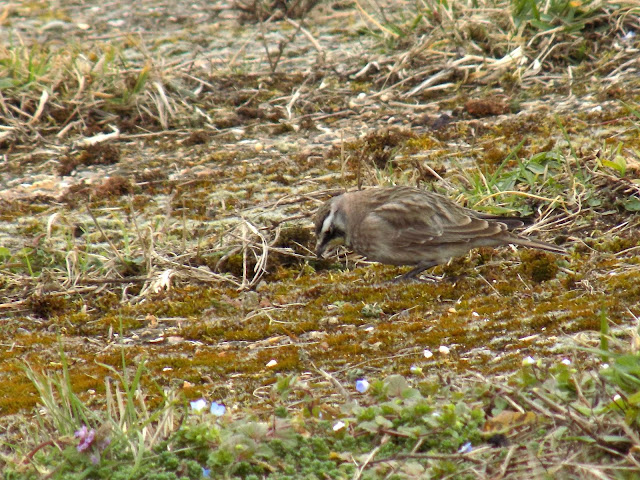 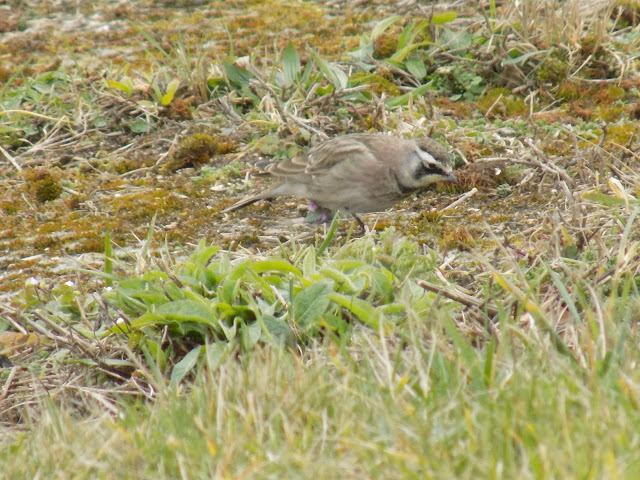 Hopping along the causeway

After twitching for a bit, I decided to have a look at some of the other birds that call the Reservoir home: 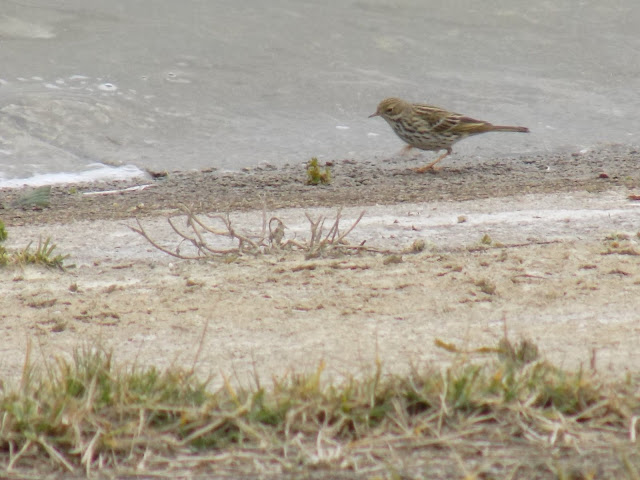 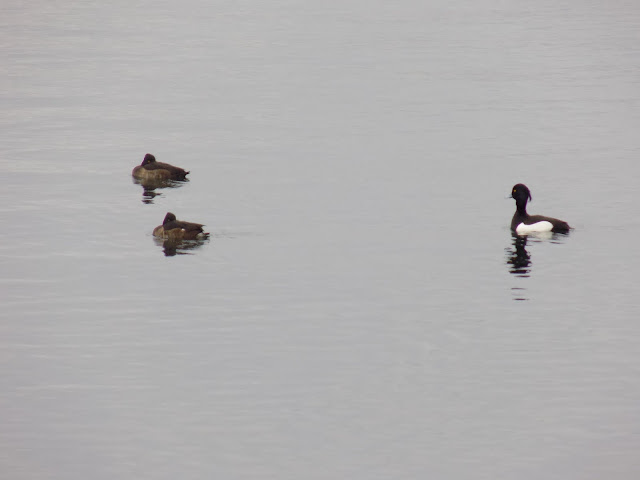 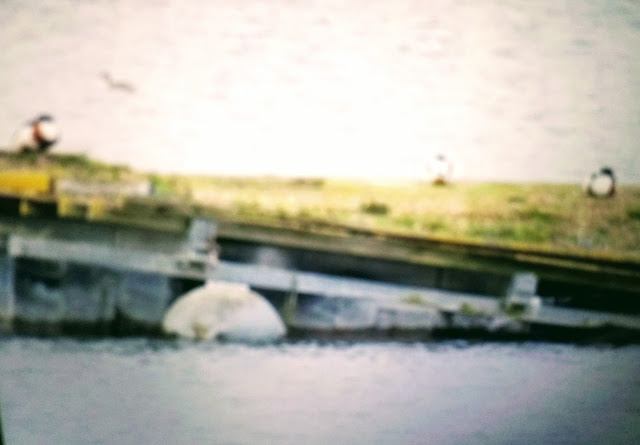 A slightly blurry image of Shelducks on a raft (spot the Great Crested Grebe)
at 19 February No comments:

10th February 2018
This was the start of my school skiing trip to Axamer Lizum, a stunning skiing resort nestled in the Austrian Alps. The coach rattled along the M25, filled with the chatter of ecstatic schoolchildren (I saw Red Kites, Buzzards, Kestrels and a Merlin on the way). After 2 hours, we reached Dover, where we boarded a ferry, heading for Calais. I made friends with another birder from my school, and guessed what we might see in Austria: Wallcreeper? Alpine Chough? Lammergeier?

It was pitch black when I arrived in France, with nearly 20 hours left of the journey to Austria. The coach rattled on towards Germany, and after watching a film for a few hours, I fell asleep.

11th February 2018
When I woke up, we were driving through Munich. Reedbeds and wetlands sprawled across the landscape for miles, a potential habitat for many waterbirds. Mallards splashed about in pools while Great Egrets flew gracefully above the Munich skyline. We stopped in Bavaria, near the Austrian border for breakfast, and I did not see many birds. Around an hour later, we reached the resort, unpacked our luggage and were ready for skiing. 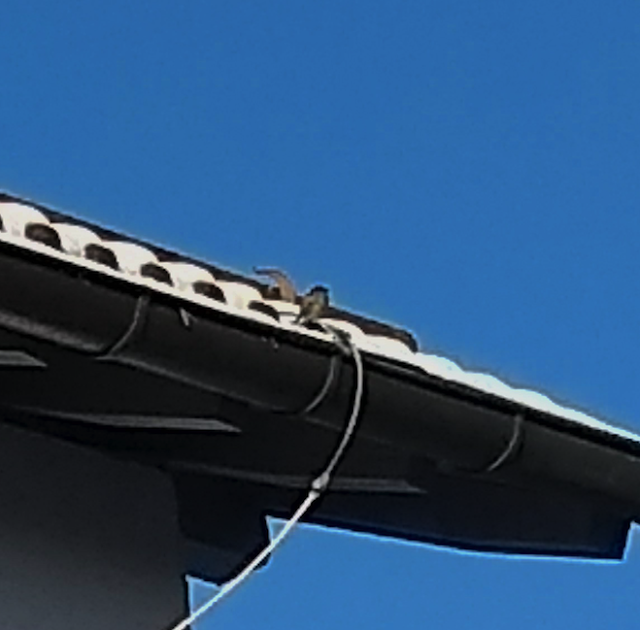 A House Sparrow on a roof in Bavaria- pretty much the only bird I saw there!

12th-16th February 2018
Over the next few days, I gradually learned how to ski, and how to use the many types of lifts at the resort. One of the chairlifts went through an alpine forest, where Nutcrackers would flit about excitedly. While skiing down a blue slope, I stopped at a cafe, and noticed that it had a bird table, swarming with Alpine Choughs, their electric calls being the only sound I could hear. Suddenly, fifteen small black and white birds flew gracefully over my head- White Winged Snow Finches. 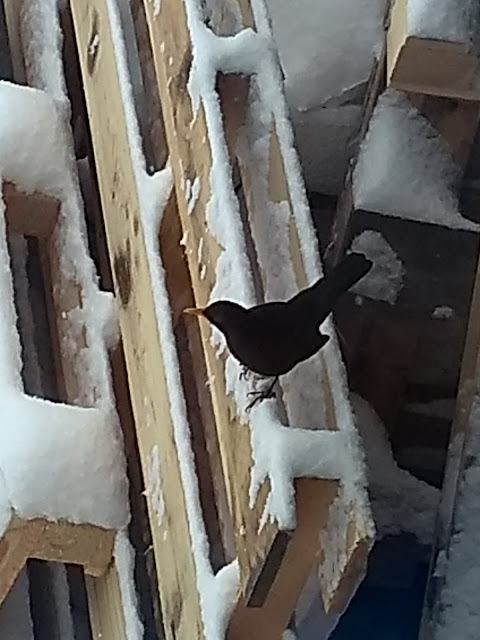 As well as skiing, we did a torch walk, a toboggan race and a shopping excursion to the city of Innsbruck. 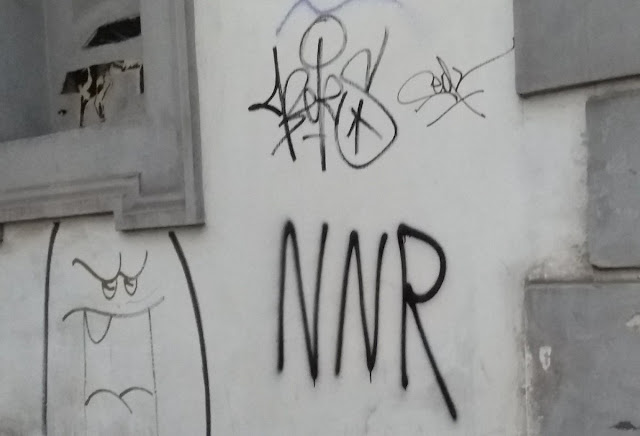 Graffiti in Innsbruck: is it a National Nature Reserve???

Unfortunately, after a memorable skiing experience in the Alps, we had to leave on the 16th for Calais. On the way, I saw Goosanders in the River Inn and my first Rough-legged Buzzard!

In Calais, there were many Common, Lesser Black Backed and Great Black Backed Gulls, and on the ferry to Dover, I did a bit of seawatching with the other birder from school: Gannets sat peacefully in the Channel,  Guillemots flapped their wings frantically in the water, Kittiwakes and Fulmars screamed overhead and we could just about see Blue Sharks lurking beneath the waves. 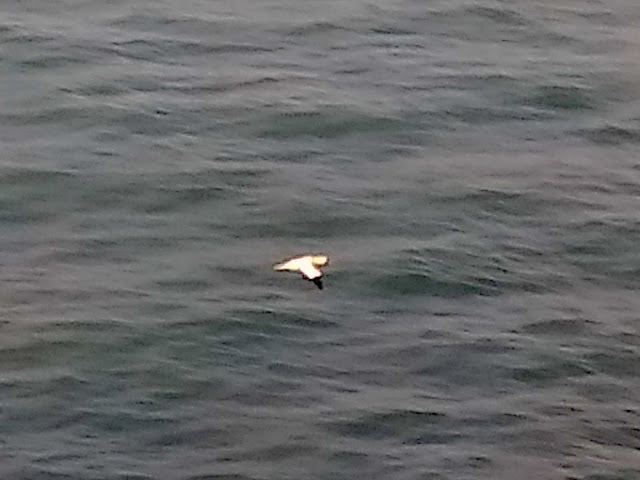 A terrible photo of a Gannet in the Channel

I will never forget the wonderful time I had skiing in Austria, and all the ticks I need to add to my world list! 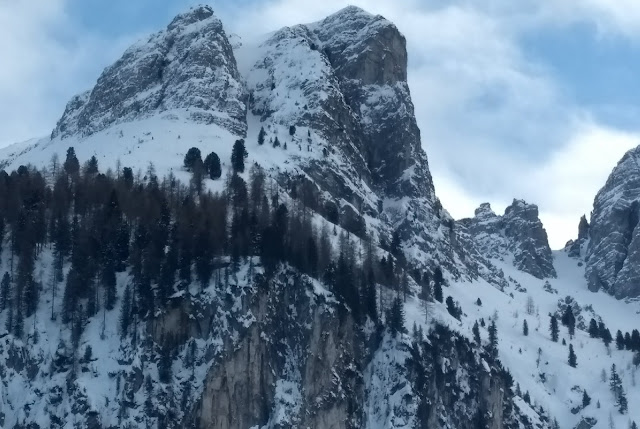 The beautiful scenery of Axamer Lizum
at 18 February No comments: