31st May 2020
Nearly two months ago, I visited a hidden jewel of Ealing, a vast area of fields, scrubland and meadow called Warren Farm. I had been involved in a campaign for some time to save it from development by Ealing Council, who plan to turn the Farm into a landfill site, and car parking, despite the fact that it has several red-listed species. Many wildlife enthusiasts have spoken out against the development, and the campaign has been spearheaded by Hanwell Nature, a wonderful group of local conservationists.
The Farm is near the edge of the Brent River Park, a huge collection of SINCs and green spaces that stretches from Pitshanger Park on the busy A40, through Perivale Park, Brent Valley Golf Course, Brent Lodge Park including Hanwell Zoo (known to many including myself as the 'Bunny Park'), Elthorne Waterside, Warren Farm, Long Wood LNR and ending at Boston Manor Park in Hounslow.
My mum, brother and I parked outside The Green Pub in the picturesque Ealing suburb of Hanwell, and walked to an entrance to this vast conurbation of habitats, and the mighty Grand Union Canal. Here, we met a local campaigner and naturalist Peter Edwards (he is incredibly knowledgeable: he knows everything about the borough's biodiversity!), and Katie Boyles, another brilliant conservationist who I had been corresponding with frequently, and she had initially introduced me to the Farm last year. Katie and Peter guided us past the Canal's confluence with Park's lifeblood, the River Brent, and to a gate, which gave visitors the first taste to a different world ahead of them. My first view of Warren Farm was quite surreal: the sixty-one acres of acid grassland meadow seem to stretch for miles, with at least five raptor species flying gracefully above. The sheer scale of the diversity of plants seemed endless, Dunnocks chattered noisily beside the Brent, and overlooking the farm was a cluster of tall trees, which are regarded as the symbol of Warren Farm.
We walked along the grass path that surrounds the meadow, while Katie and Peter informed us of the history of the land, and the species see at this time of year. My mum found some Oak Processionary Moth caterpillars on the edge of the Farm, and we kept our distance from them so we did not inhale their hairs! We were soon joined by the excellent wildlife photographer Wayne Hoeftmann, who has also campaigned against development on the site. Eventually, we reached a brownfield site, a former sports centre, opposite fields owned by the Earl of Jersey. Here, Wayne explained that the site has regular Blackcaps and Wheatears each winter, and Peter mentioned that a few uncommon species of plant now inhabit the site, and potentially Black Redstart too. 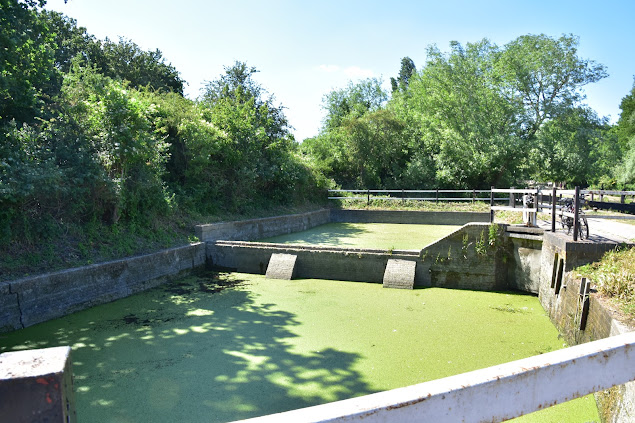 Reservoirs beside the River Brent 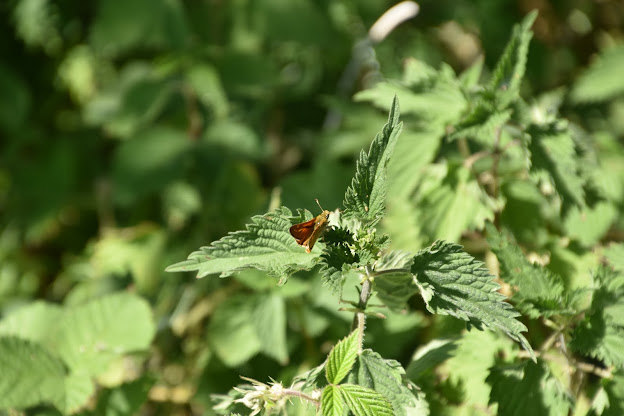 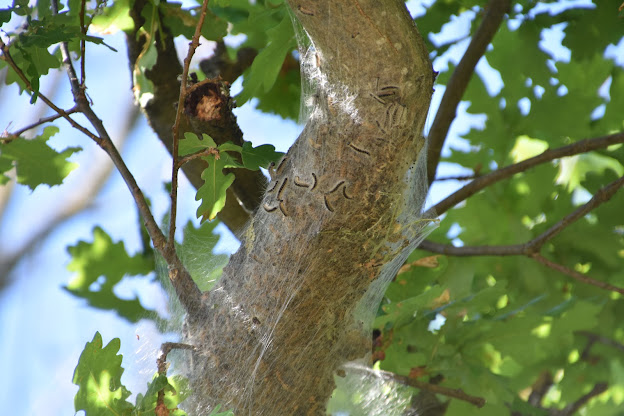 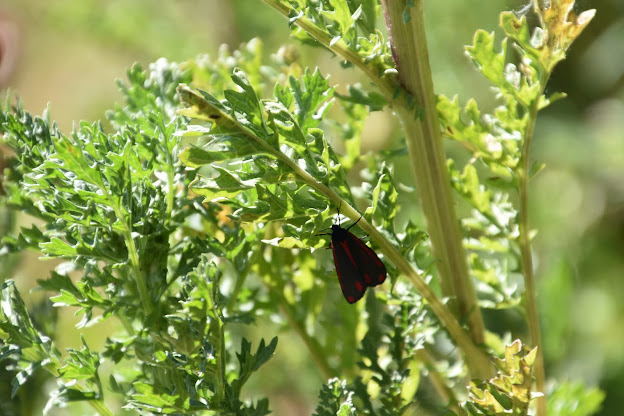 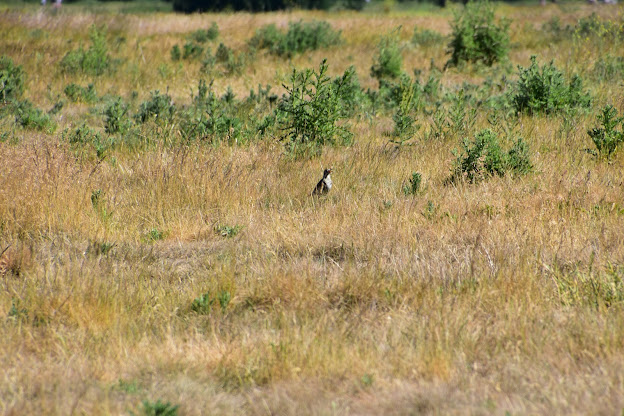 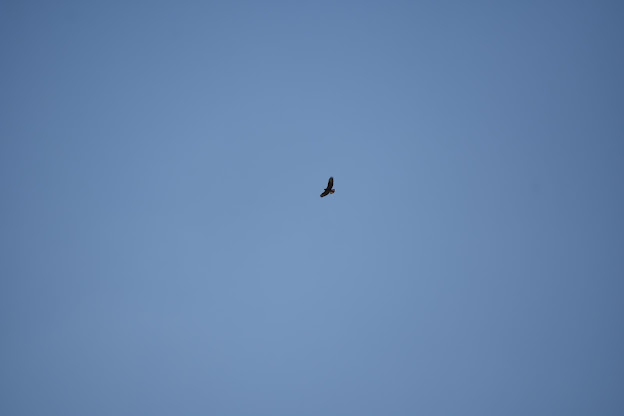 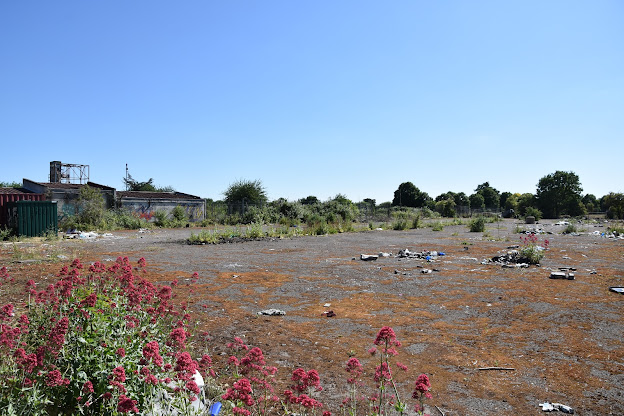 The Farm's brownfield site
We walked from the brownfield site, on the path opposite the border with Hounslow. From here, many of West London's landmarks could be seen, including the GSK building, the former Gilette factory, Wembley Stadium, Harrow-on-the-Hill and many areas of Ealing, emphasising how ecologically important Warren Farm is for such a large area. As we admired the skyline, the Farm's star species ascended from the dense grassland into the air, singing its heart out- the Skylark.
Due to severe habitat loss in West London, this iconic songster has largely vanished as a breeding bird from Ealing and Hillingdon, with the exception of a few grassland and meadow strongholds such as Yeading Brook Meadows and indeed Warren Farm. It was very emotional to witness a Skylark so close to home, but heartbreaking to think that its habitat is planned to be mercilessly destroyed by an ignorant minority of people. It danced elegantly in the air, before diving back down into the fields in front of us. Two birds repeated this elegant dance for five minutes, and it was definitely an unforgettable sight. 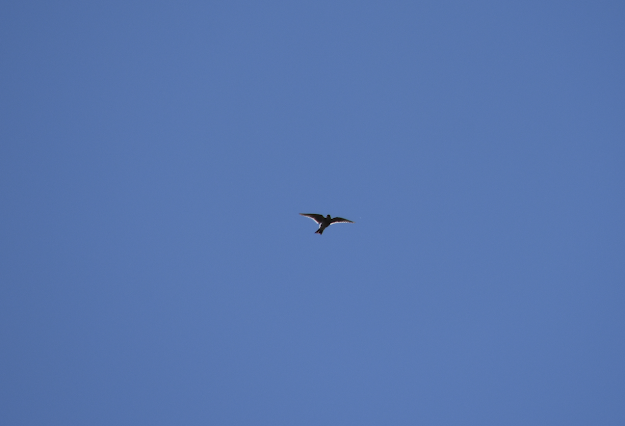 A Skylark signs and dances in the air 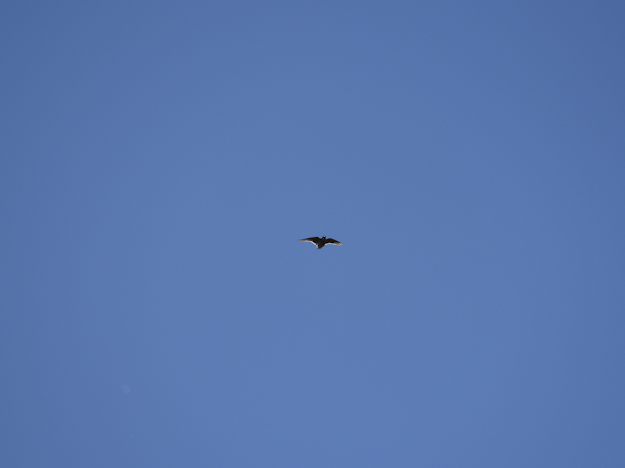 Skylark
We all continued to share our experiences of wildlife in the area, and Katie and I discussed how to continue the campaign to fight for Warren Farm, now that the site has been granted judicial review. At 6:30pm, we had arrived back at the famous cluster of tall trees, signalling our completion of the loop around the Farm. It had been such a magical experience, finally visiting this immensely valuable haven for Ealing's biodiversity. Hanwell Nature are continuing to campaign for its protection, and I am looking forward to visit the site again over the summer. 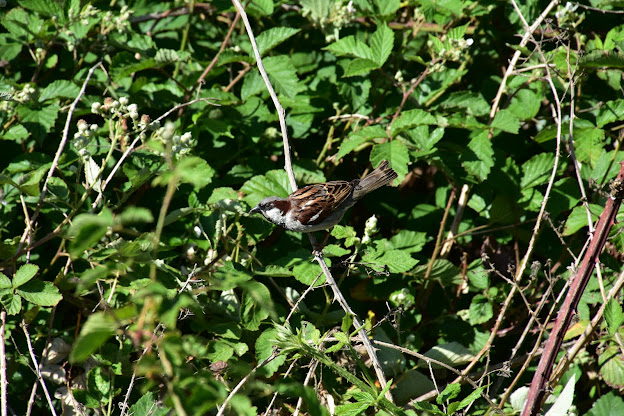 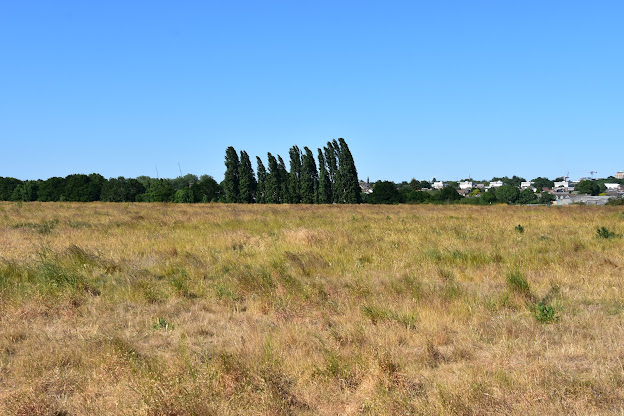 A local landmark- the cluster of tall trees are a symbol of Warren Farm
I encourage you to come to Warren Farm and see this paradise for itself- believe me, your first visit will be magical.
at 20 July No comments: