7th September 2019
For one weekend in September, the Natural History Museum was hosting the largest conference and celebration of young conservationists in Britain. I attended the second day of this amazing event, which was held by A Focus On Nature (AFON), the UK's largest youth network for nature. I saw many familiar faces when I got there at 9am: young wildlife enthusiasts, activists and conservationists! The opening panel at the Flett Lecture Theatre was chaired by Yetunde, ambassador for Action4Conservation, with the theme of inclusiveness and diversity within nature conservation. It was very interesting to hear the responses on the topic from people from many different organisations. 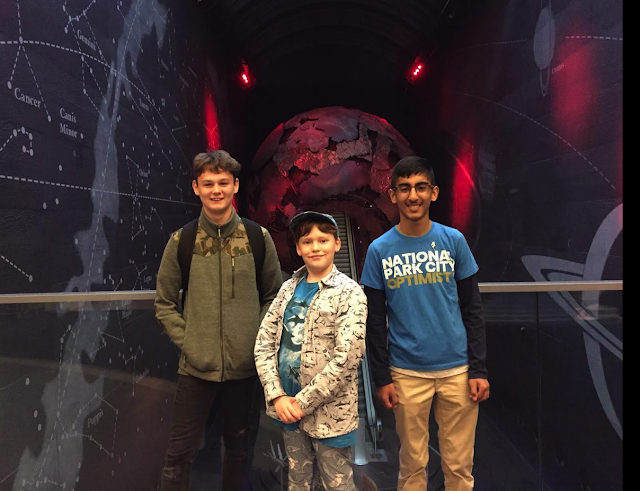 Alex White, Finlay Pringle and myself

Afterwards, we headed to the De La Beche Room, on the other side of the museum. Here, amazing and informative talks were given by Alex White, about his experiences with nature and inspirations for his guide for young wildlife enthusiasts, 'Get Your Boots On', and Finlay Pringle, who has campaigned in many ways against the mistreatment of sharks in the UK and beyond. The final talk of the session was by an organisation called Wild Intrigue, which has an inventive way of getting people of all walks of life into nature: food! They host pizza nights and muffin mornings, and then give participants bat detectors and binoculars, and, as they put it, 'force' them to watch wildlife!

Alex, Finlay, young wildlife enthusiast Amelia and myself then had the exciting opportunity of being interviewed by the Mirror, which was great! Lunch consisted of a delicious vegan roll. At around 2pm, we went back inside the Flett Lecture Theatre, where the session I was taking part in took place.

The first of three talks was by Jodie Holyoake, a naturalist living on the Cornish Coast, who spoke about getting people into nature by regular beach cleans, wildlife watching and even Scuba diving! Next was my talk, on my map, Nature Reserves of London. I gave a guide to the different colour-coded points on the map, some surprises I have found while out and about, and the map's future. At the Q and A after the talk, a lot of people said they wanted the map to be an app! There were also some other ideas, such as mapping wildlife corridors and working with ZSL, the Natural History Museum and the London Wildlife Trust to spread the word. The final talk was by Aaron Bhambra of the Birmingham and Black Country Wildlife Trust, who gave a very interesting talk on Britain's bees and wasps. 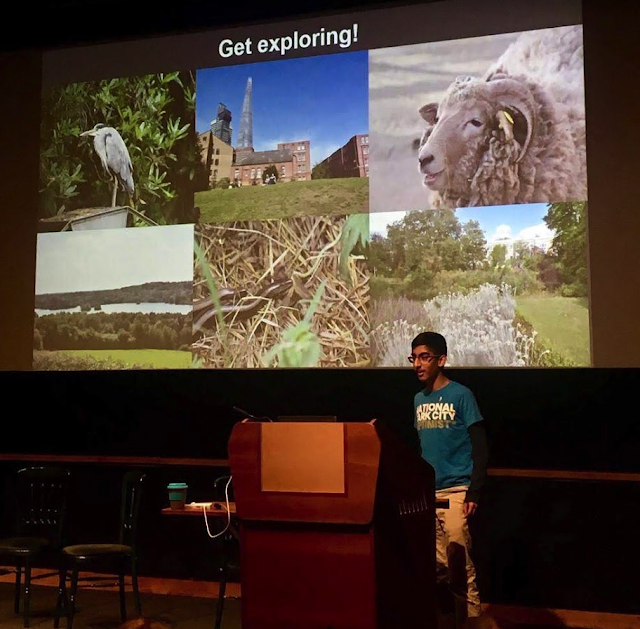 Talking about wildlife in London

The penultimate session of the day was led by Matt Williams, ex-chair of AFON, with the theme of how young people can take action against climate change. The day was concluded with a motivational speech from Stephen Moss, on how we should protect the planet sustainably for future generations.

The conference was a superb day, listening to people's experiences and encounters with nature, past, present and future. 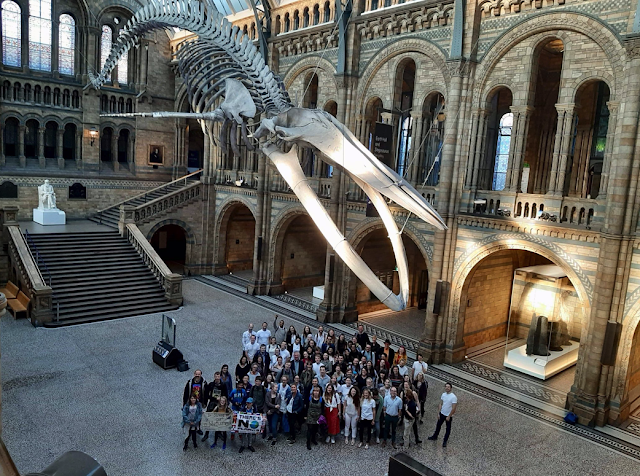 Everyone who attended the conference on Saturday