21st January 2018
Yesterday, once again, I visited one of my patches- the London Wetland Centre in Barnes. Despite the light rain, the birds did not seem to mind. There were not many birders around, but I made the most of my visit. 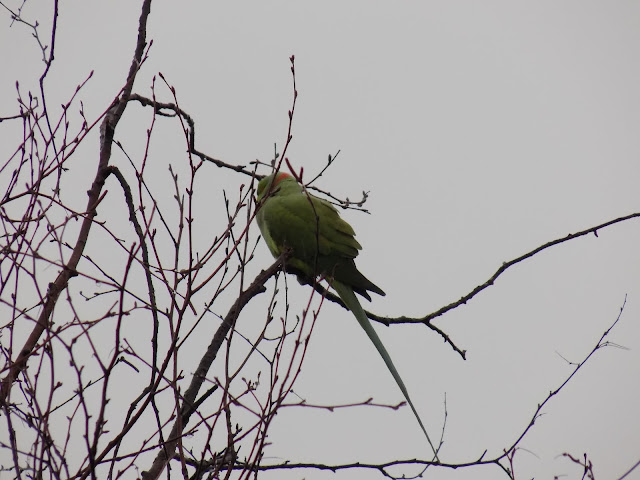 A Ring-necked Parakeet at the entrance

On my way to the Peacock Tower, I found a birder holding Swarovski binoculars, and asked him if there was anything about. He told me that there was a Jack Snipe (a bird I had wanted to see for years) situated in the Wader Scrapes area. I rushed to the Peacock Tower, to find that it was almost empty. I rushed to the top floor, where I positioned my binoculars on the windowsill. Suddenly, a familiar duck swam before my eyes: a duck I had seen in almost every winter WWT video. I had finally seen a Pintail! 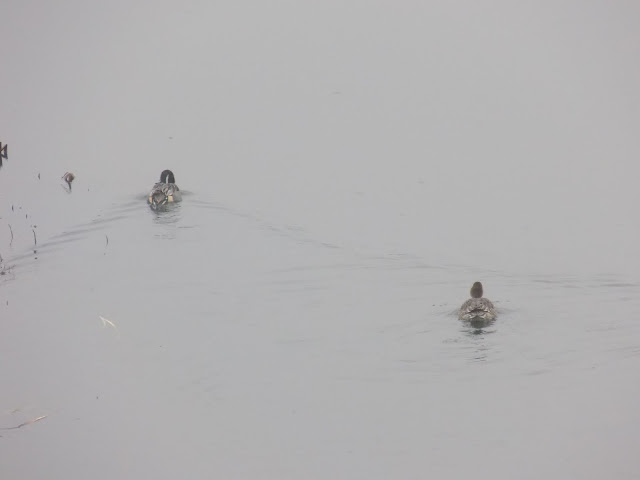 A pair of Pintails 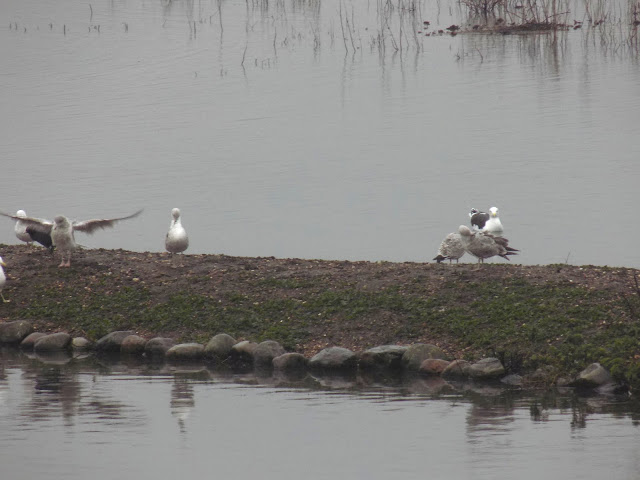 Many gull species on one island- could one be a Glaucous Gull? 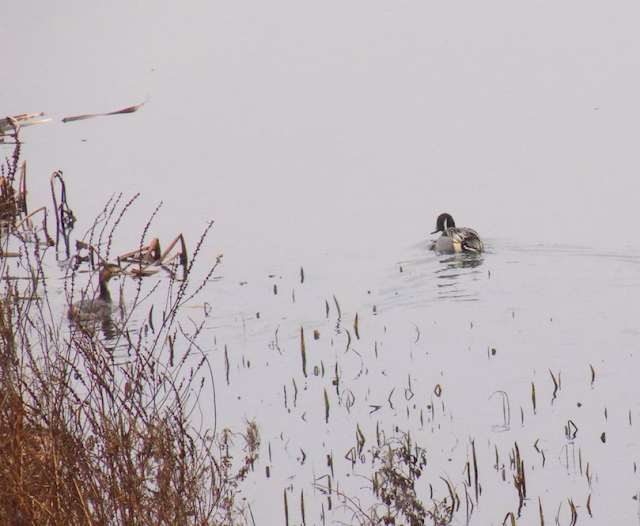 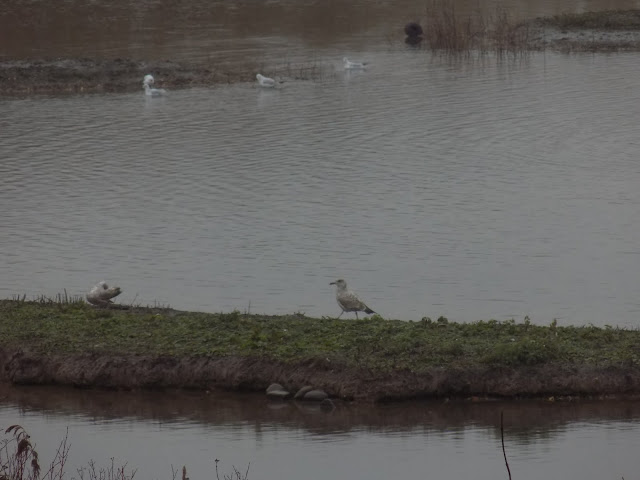 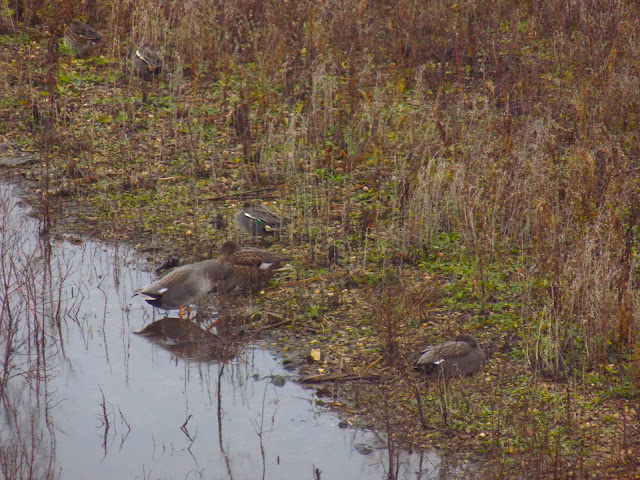 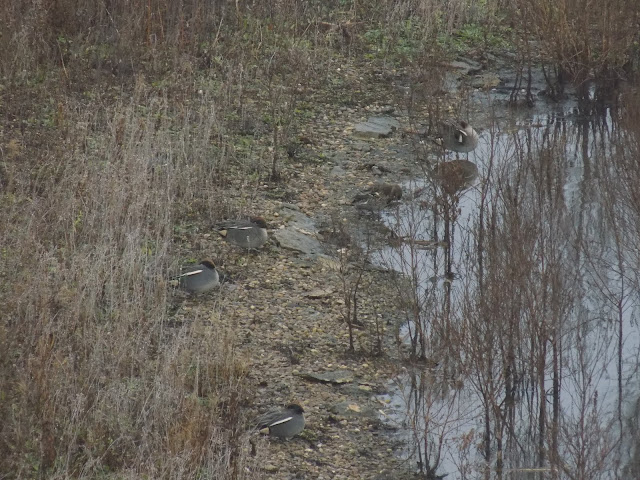 Teals sleeping on an island 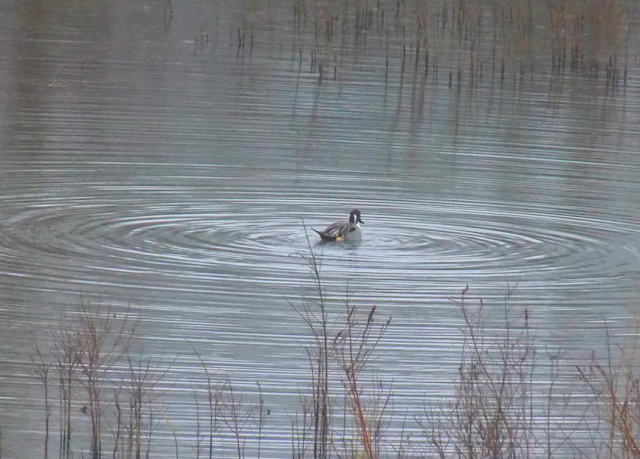 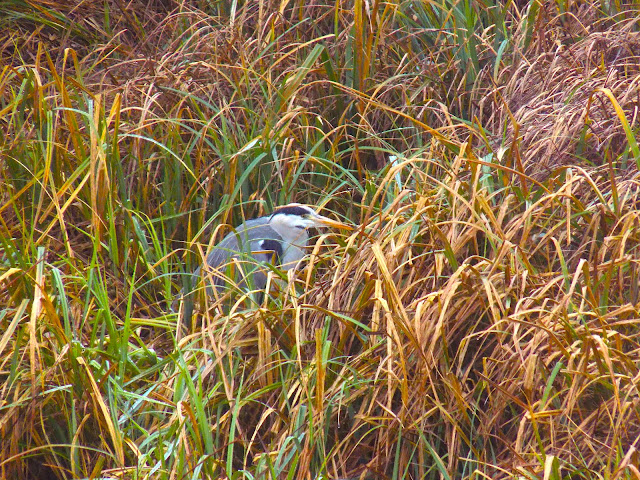 Two birders spotted this Heron hiding in the grass 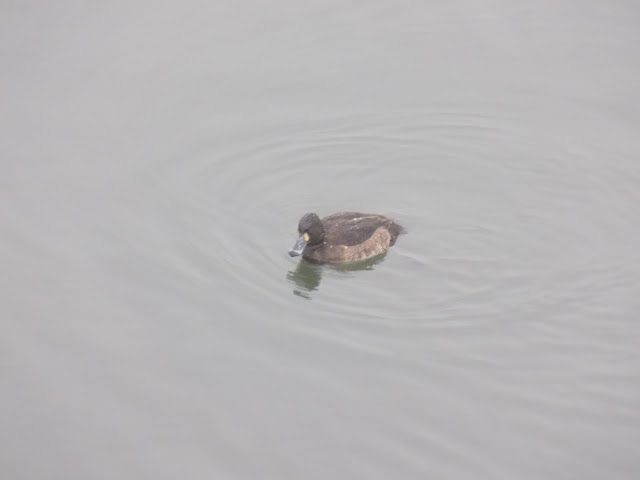 Before reporting to Rare Bird Alert, I checked that this was a female Tufted Duck, and not a Ring Necked Duck from America. 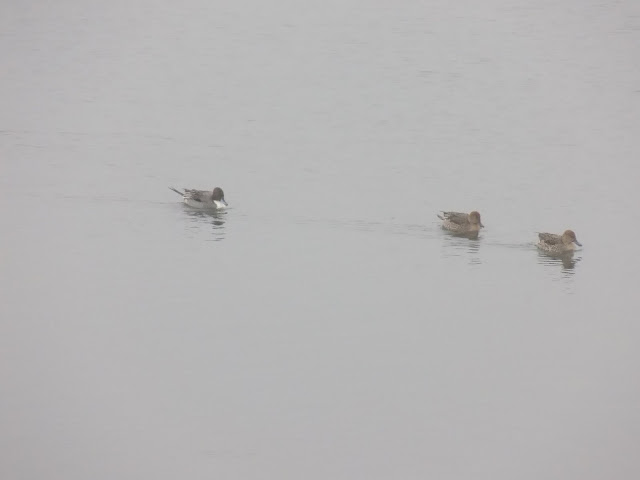 After befriending many birders from around the world, I rushed to the Wader Scrapes hide, and discovered that there was a game on at Fulham FC's ground, Craven Cottage, which is next to the Wetland Centre. I hope the birds didn't get disturbed! Unfortunately, I did not see the Jack Snipe, but saw two Reed Warblers and a beautiful Heron. 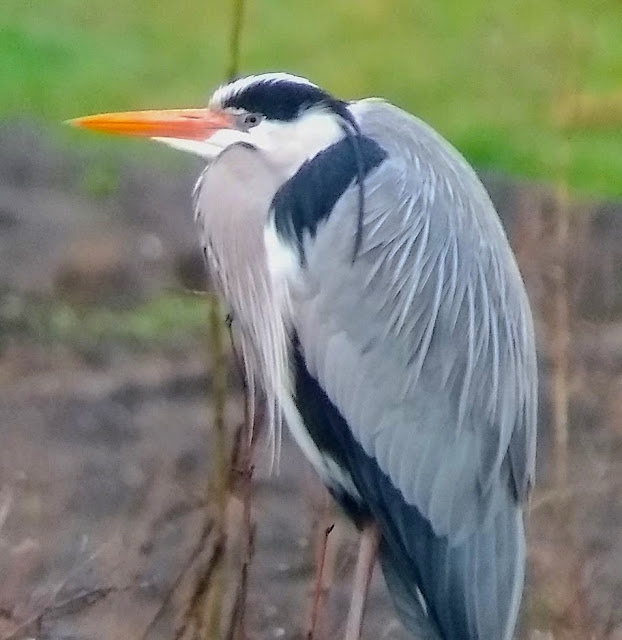 This photo of a Heron was a team effort. My dad steadied my scope, while I digiscoped the Heron, producing a rewarding shot.

After returning to the courtyard, I accidentally went up the stairs to the Discovery Centre, where I took this shot of Parakeets: 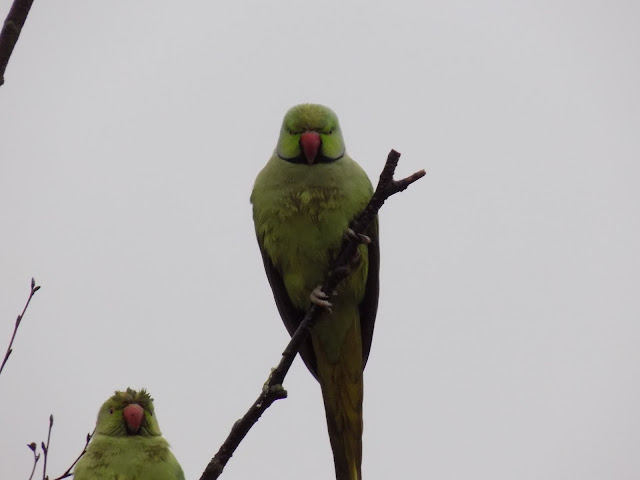 This one looked particularly angry!

Special thanks to my dad, for helping me take that wonderful photo.

14th January 2018
Today I visited a local scenic spot in Perivale, called Horsenden Hill, which is famous for its amazing views of London. As well as beautiful vistas, the hill is home to a wide range of wildlife, such as Moles, Parakeets and Foxes. This was my first visit to the area, and I saw quite a few unexpected surprises... 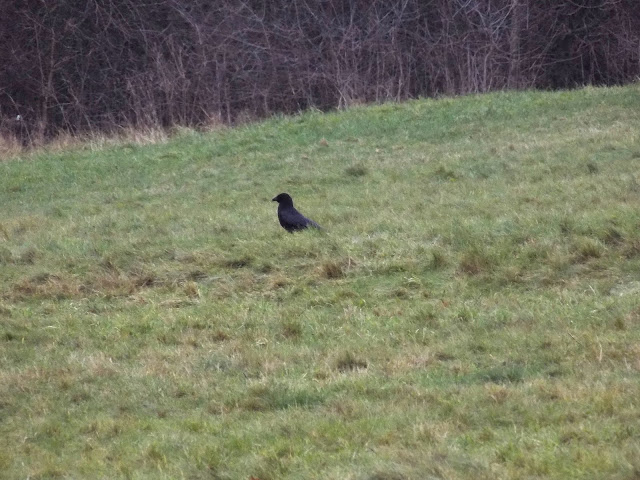 A Carrion Crow saunters on a slope 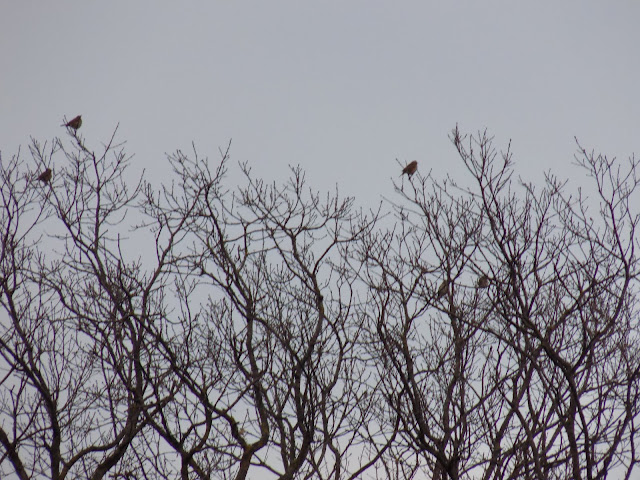 A tree full of Redwings 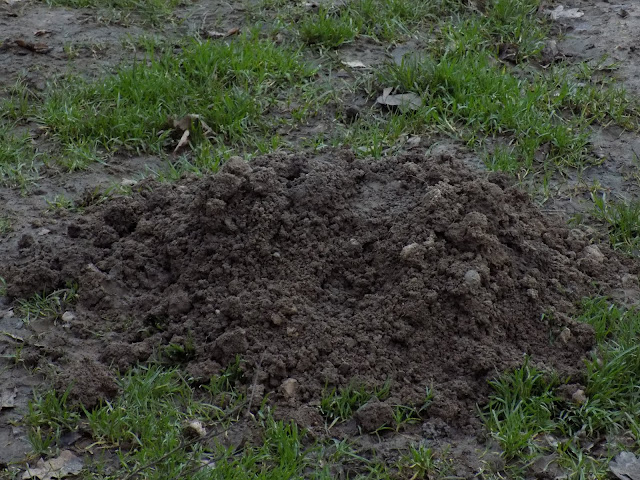 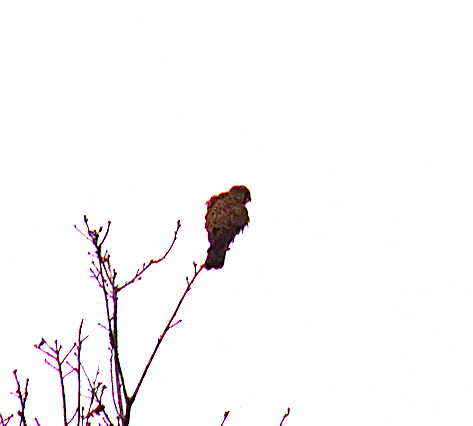 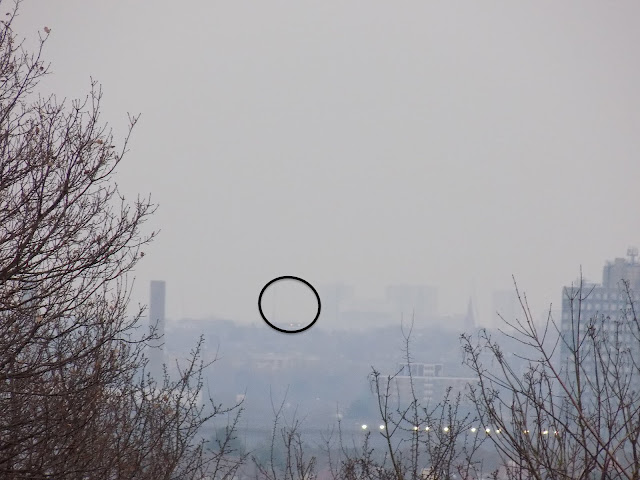 I have circled the Shard, which you can just about see 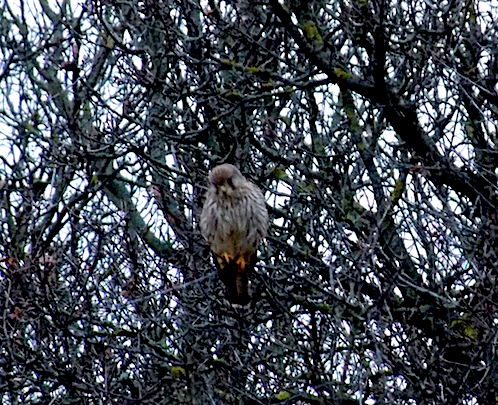 A slightly better photo of the Kestrel by my brother
at 14 January No comments:

My Letter is in the WWT Magazine!

6th January 2018
HAPPY NEW YEAR!!!
I was just casually flicking through the latest issue of the Wildfowl and Wetlands Trusts' magazine, Waterlife, and decided to look at the 'Wigeon Post', the page where people's letter's are displayed. To a complete surprise, I found my picture at the bottom of the page, proudly standing next to my scope at Snettisham in 2016. When I saw that the letter was called 'Kaul of the wild' and that it was from 'Kabir Kaul, London', I went wild!

I had submitted the letter to WWT way back in August (I sent the same one to the RSPB), and with no email confirmation, I did not expect my letter to be in the following issue, but unexpectedly, my letter came out in print! Unlike the RSPB version of my letter, WWT had not edited much, apart from mentioning my blog at the end of the letter, which I was very happy about. However, the picture looks like it was taken twenty years ago, because of the resolution! 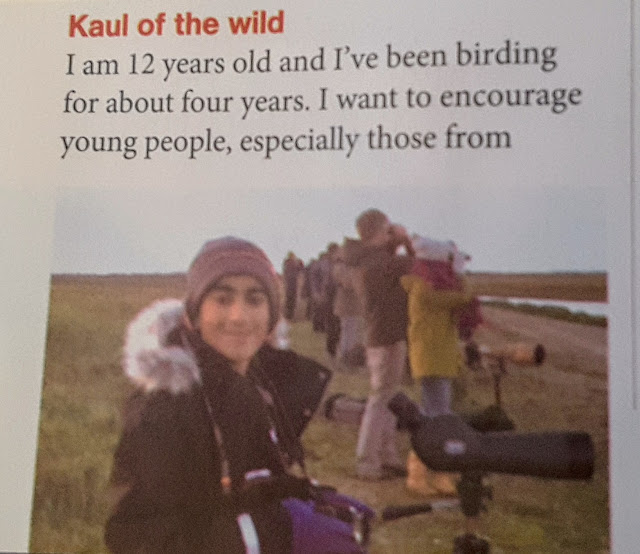 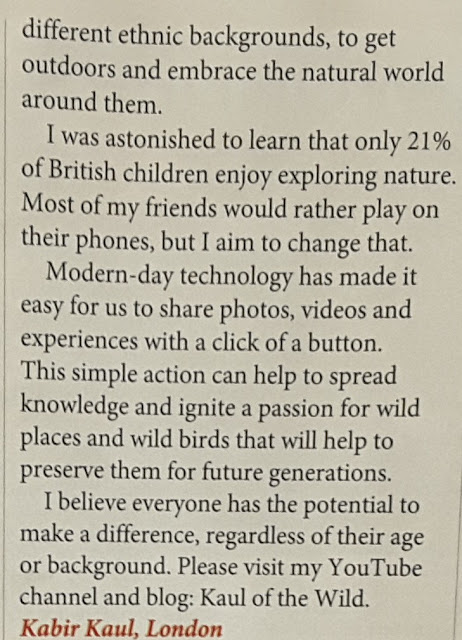 at 07 January No comments: