On a mild June evening my mum, brother and I travelled to Norwood Green in Ealing; we were visiting Warren Farm! For the last three months I had been confined to a desk at home and at school, preparing for and sitting exams respectively. The end of this challenging period had led to the beginning of a much more eventful one, giving me more opportunities to spend time in urban green spaces.

Upon arriving in Hanwell, we walked briskly through its seemingly-rural streets, with rows of Edwardian houses and a village green. After passing the confluence of the Grand Union Canal with the River Brent, we arrived just in time to meet other campaigners from Warren Farm Nature Reserve. We met Katie Boyles again, a conservationist who has widely publicised the Warren Farm Nature Reserve campaign, which I have been part of for the past two years. I had only been communicating with campaigners like Katie for the last year through phone calls and emails, so to meet some of them in person gave us a chance to share our enthusiasm for the natural world, and our excitement for the future of Warren Farm.

The leading campaigners at Warren Farm Nature Reserve are a team of conservationists, botanists, ecologists and entomologists who would like to see Warren Farm and the surrounding habitats designated as a Local Nature Reserve; several of them were at the walk. We were soon joined by a much larger group, the Hanwell Village Green Residents' Association. It was very uplifting to see so many people here, who shared a common vision for the meadow.

Starting at Trumper's Field, we headed beyond the railway line and past the entrance gate. Here, ornithologist Phil Belman, leading the walk, informed us of the signs of an acid grassland habitat. Acid grassland is a very rare habitat in both London and Middlesex, and can be identified by the dominance of red-coloured grasses. Indeed, as the sun set, red and orange pockets were illuminated across the landcsape, transforming the meadow into a rare quilt of colour. We listened in awe at the endless bubbly, scratchy song of the Skylark from deep beneath the grass, accompanied by the occasional Blackbird or Song Thrush: a chorus that would disappear forever if this site were to be lost.

Phil led us towards the Imperial College field, which is grazed by a few silent horses. By now the sky had become a brilliant orange, settling above a strange assortment of buildings in the distance, which included several tower blocks and the GSK headquarters. Here, Phil emphasised the importance of Warren Farm Nature Reserve's vision; not just to make Warren Farm a Local Nature Reserve, but to connect it to the surrounding private land, to form a wildlife corridor between different habitats. Excited chatter continued to rise at this idea, as we slowly walked towards the brownfield site.

Warren Farm Sports Centre today lies deserted and derelict. Its changing rooms are now merely large blocks of concrete, daubed in graffiti. Yet even here, from between cracks in the ground, a vast array of plants have grown, allowing nature to reclaim the site. The former sports centre, despite being an eyesore to some, has been visited by Kestrels, a Black Redstart and even a Wryneck, with the latter starting a small twitch in September 2020. We can only guess what rare and unusual species will visit this unlikely habitat in the future.

Walking along the meadow's southernmost path and away from the brownfield site, a myriad of familiar screeches from above became audible. Dozens of Swifts danced like aerial acrobats in the air, gracefully moving their scimitar-like wings to catch the meadow's multitude of insects. Meanwhile, an isolated group of trees and shrubs concealing the busy Windmill Lane from the meadow, were rather silent, except for the occasional 'ticking' sound of a Blackbird. This area was a Site of Importance for Nature Conservation, and once had a fence around it - this was removed a few years ago, allowing wildlife to travel between the meadow and neighbouring Osterley Park. Adjacent to this wildlife site was another fence, separating Warren Farm from a field owned by the Earl of Jersey, and beyond the field, an ancient woodland. Warren Farm Nature Reserve hope that the field can become part of the Local Nature Reserve too, thereby creating a larger wildlife corridor to sustain Warren Farm's populations of rare species.

As we completed one full circle of the meadow, half of the group stopped abruptly near trees bordering the River Brent. Phil had spotted something in the trees, only viewable with a night vision monocular. As I looked through the monocular, there was not any obvious movement between the tangled branches: until, a pair of radiant white orbs stared back at me, possibly bewildered at the sight of visitors. A Little Owl chick!

This evening walk around Warren Farm not only gave me the opportunity to meet fellow campaigners and residents and share our ideas and enthusiasm, but also encouraged me to feel more optimistic about the future of its unique biodiversity. I would highly encourage visiting this stunning urban meadow, and I hope that one day, its incredible wildlife can be protected for generations to come. 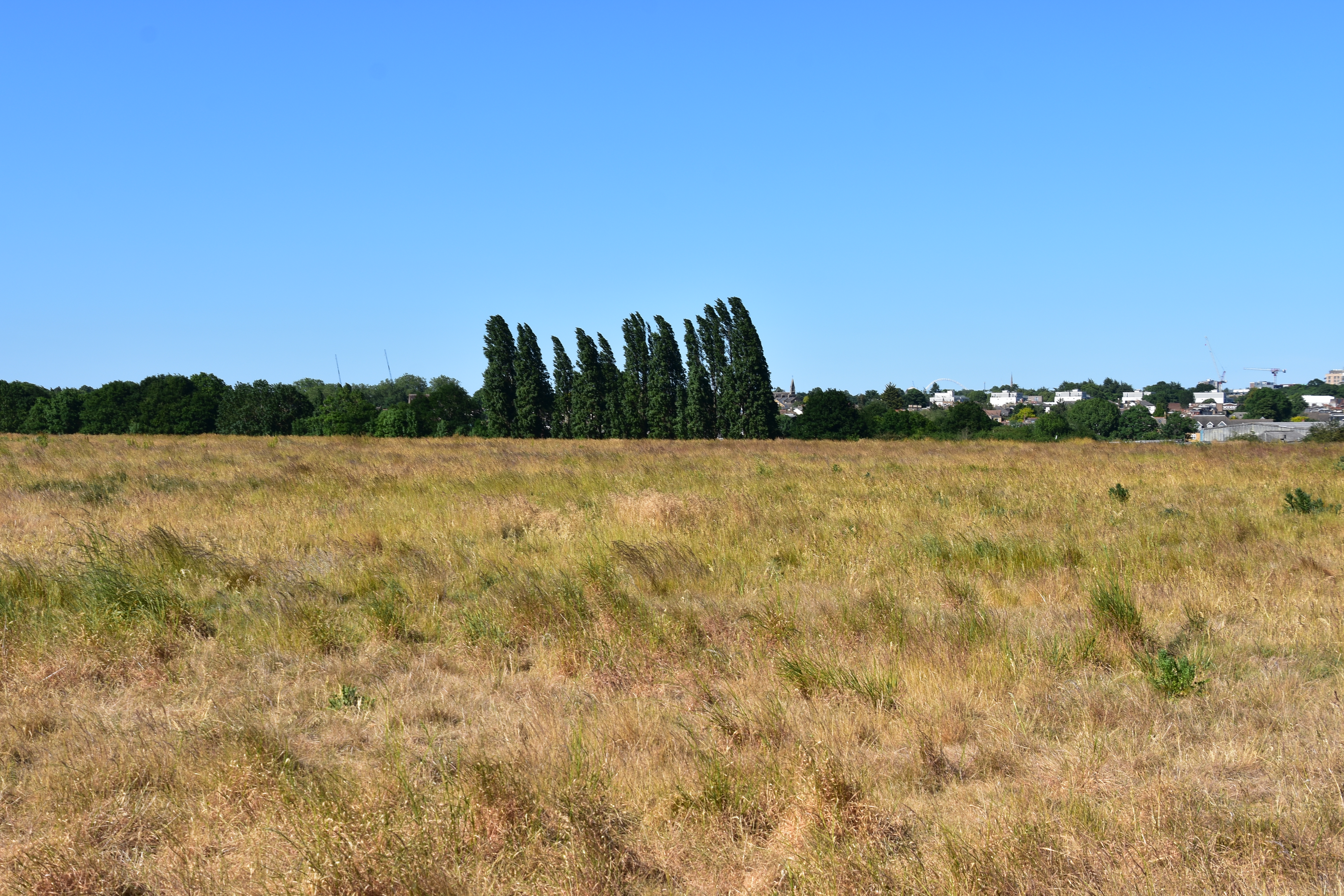